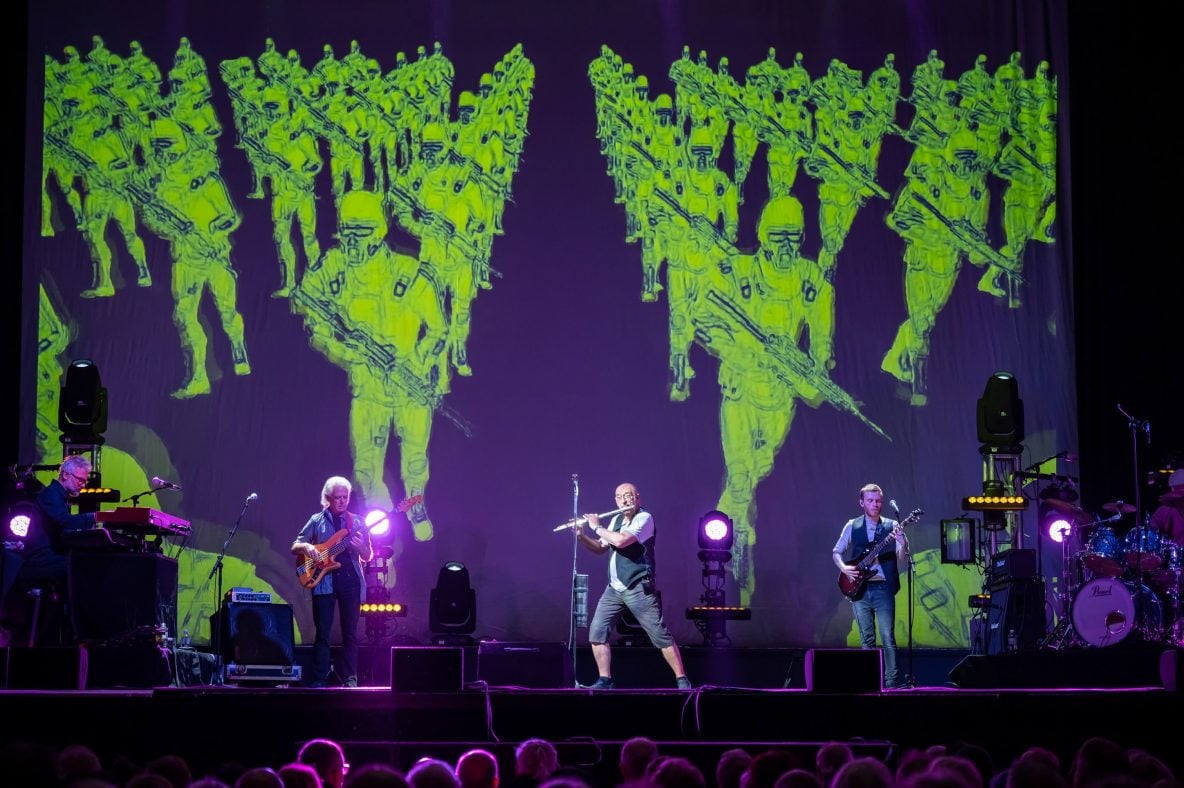 The use of live performance
substitute audio files

Some of you will know that, due to extraordinary circumstances, we had to take the difficult decision to perform three concerts recently with a missing band member, as a result of a Covid infection making the musician suddenly unable to join us for the concerts.

Having been aware for many months that this might occur, we had recorded all the band members' performances at shows earlier this year in order to have substitution “Covid Audio Files” as a last resort to allow the show to take place. In addition, the functions of all crew members was examined and provisions made for some work role flexibility in covering for a missing crew person, with some retraining as necessary.

The impact of those infected musicians' absence was immediately discussed with the promoters of the concerts. A joint decision was then immediately taken as to whether to proceed, postpone or to cancel. The promoters and I are well aware that the prospects for postponing are either highly limited or plain non-existent. We have no available slots in the calendar year of 2022 to reschedule – even if a promoter could find availabilities at the same venues for which people bought their tickets, in certain cases as long ago as 2019.

It is hugely embarrassing to me personally, to have to go on stage and perform with a musician conspicuously absent in the flesh. Of course, you could hear the live instrument from a previous performance but not see him! In the case of the three concerts (so far) where we had to do this at extremely short notice, it was because the promoters pleaded for the shows to go ahead.

Apart from the financial losses to the promoters (and to the band and crew), there is the obvious question of loyalty to the audience and to push ahead if reasonably possible. Some shows we have done this year had already been postponed two or even three times since early 2020, due to Covid. To then cancel the show would be particularly unfair to the audience in those circumstances, I feel.

I am aware that some audience members were unhappy with these decisions, and I can understand that up to a limited point. But they have to think of these broader implications. Easy enough for me to walk away with a casual shrug of shoulder and stay at home to feed the chickens.

As Covid continues to make its renewed impact felt across society and the entertainment industries in particular, I can only imagine that we will be faced with this dilemma again at some point in the months to come. Any such occurrence will be considered on its own merits and in conjunction with the promoters' wishes. Remember that I am under legally binding contracts to fulfil the concerts as far as possible.

All of our band and crew – especially me – take the potential for Covid infection and even serious resulting illness very seriously. It would be unethical for any of us to travel out to a concert tour knowing we had Covid and to then risk the rest of the travel party becoming infected as well as local crews and personnel. We continue to test as necessary and to wear masks in crowded scenarios. But to be four men down – two band and two crew - during last April and May, we were a hair away from being unable to continue, even with the substitution audio files. But the shows did go on....

So, to the whingers, moaners and the ungrateful, I can only say – try to understand the complex realities and walk away if you feel cheated. You won't get your ticket money refunded but you probably won't anyway if I force promoters into bankruptcy through a sudden, last-minute cancellation. These promoters are usually people I have worked with over many years and I have huge sympathy for the enormous financial and professional risks they are taking during these pandemic years to continue to bring music entertainment to fruition. Add to that the current economic woes of much of the world and life really is hard for these often unsung heroes of live entertainment.