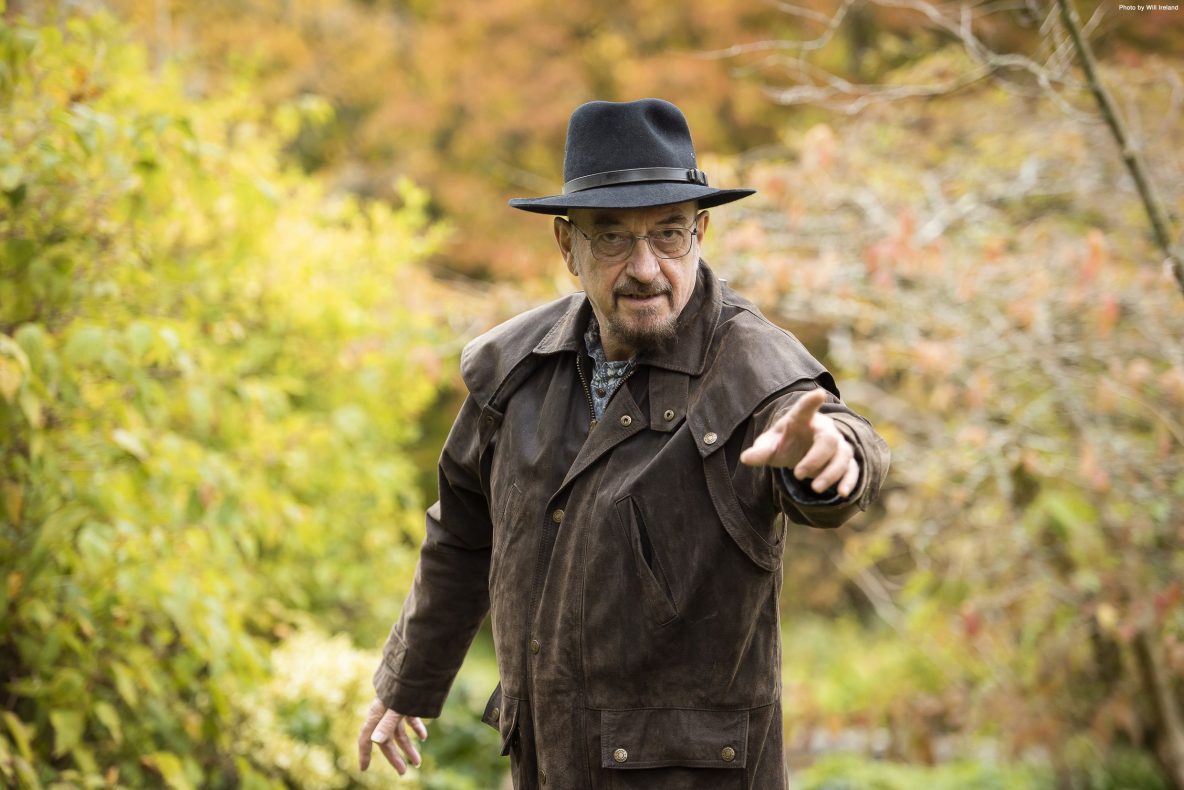 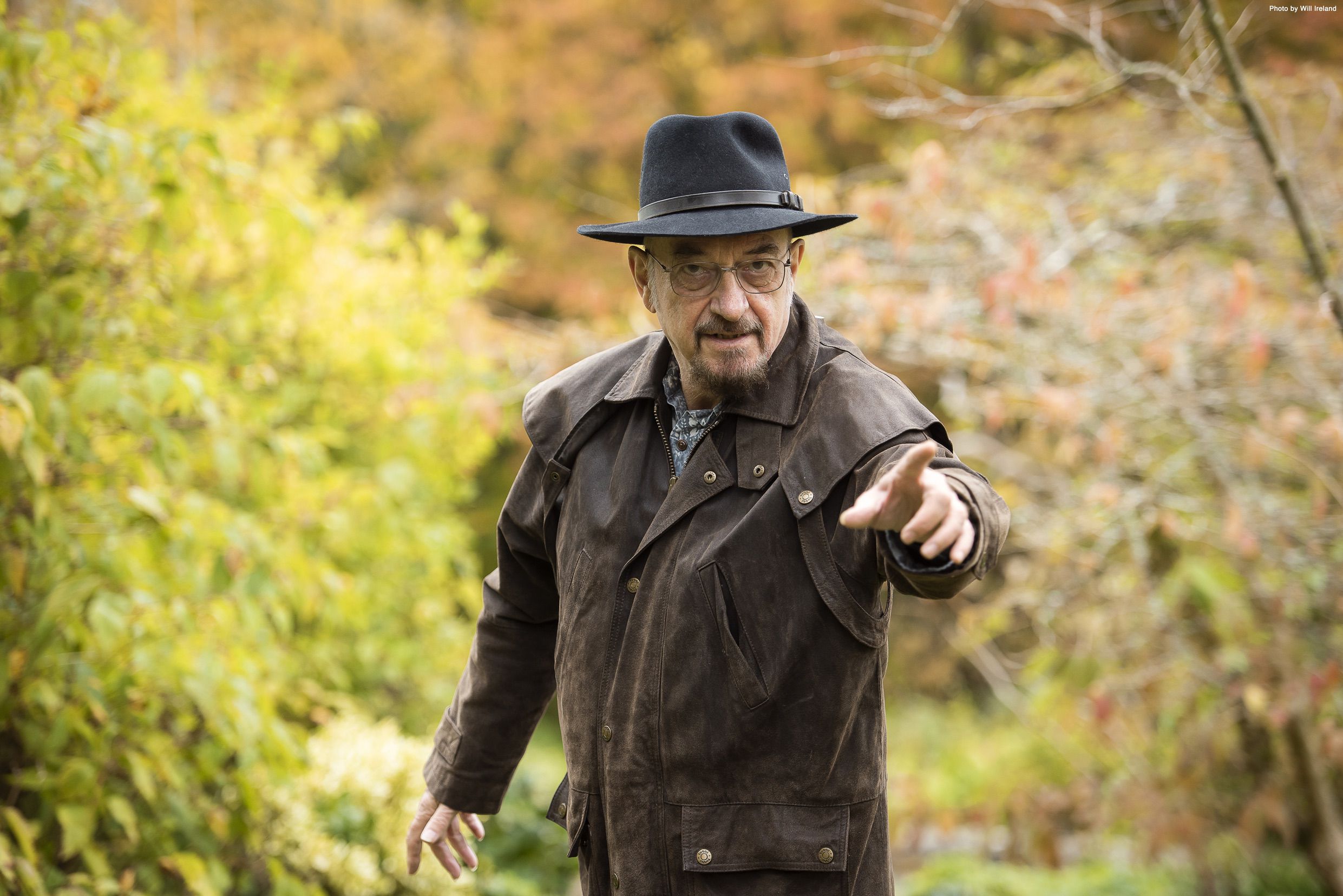 At 75 years of age and looking back on my career, as I occasionally do in these later chapters of life, I often give silent thanks to the many people who made the success of Jethro Tull possible. Time to be silent no longer!

The term “enabler” is often used to imply someone who aides and abets in an iniquitous act. In this case it is the more benign, if not quite divine, intervention in making things happen for me and Jethro Tull. This list of enablers is, largely confined to the early days but there a few good souls amongst recent developments who keep the spirit of adventure alive.

It all began with Granny Jones. Granny - real name Granville Paul Jones – who was a middle aged maths teacher at Blackpool Grammar School in the 1960s. A real favourite of his pupils, he struck the rare balance of tackling a difficult subject to teach with a fatherly, caring approach. Known affectionally as Granny, he even adopted the name for himself in general banter with the boys.

He wore unlikely polished pointy-toed Italian shoes which we all thought rather racy. What was even more racy was his short-lived career as a band manager. He got to hear of the early efforts of John Evans, Jeffrey Hammond and me in trying to start a band in the latter days of the 6th form and, without the knowledge of our parents, stood as guarantor for a hire purchase agreement with a local music store to allow us to acquire guitars and amps. Our parents would have been shocked and annoyed had they found out, since they would never have taken that gamble even if they could have afforded to.

He offered to try to get us some gigs in local pubs and clubs, but without contacts and showbiz experience it resulted in only a few low-key performances, so Granny bowed out in favour of more professional representation in the better interest of his “boys”. We stayed in touch for a while as did John Evans for most of Granny's life, so at least he got to know of the success of the band and our international careers. Bless Granny Jones for his belief, support and encouragement.

A slightly more professional relationship came of in the shape of a northern agent called Don Read. He took us under his wing at a time when we were now a seven-piece jazz/blues band. We all thought of him as a big-time operator whereas, in fact, he was fast approaching his sell-by date as a music business entrepreneur, even in the parochial world of Bolton, Lancashire. He drove a battered Mini and always had a cigar tucked visibly in the top pocket of his suit jacket. Only when accompanying him to London in his attempt to get us noticed by a record producer, did I realise that the cigar was only a half-cigar, partly smoked and primarily for show. He lit it up on the journey back to oop-north, took a few nervous puffs, and gently pushed the remainder back into the top pocket later to hopefully impress another useful contact.

Finally, Don, owing some money to a Manchester agent of greater stature, offered to “sell” us for the princely sum of £35 to cancel out his debt. The would-be recipient was Chris Wright, soon to be half of the Ellis-Wright Agency, and then Chrysalis Records.

So, in 1968 we found ourselves in the orbit of other aspiring younger entrants into the music business with Chris and partner Terry Ellis becoming our joint managers as well as acting as agents for the band. Unlike the shark-like operators in the more established and traditional echelons of the Biz, Terry and Chris had a natural honesty and sense of ethical behaviour so I never doubted their willingness to share honourably in the band's success as it built from humble beginnings in the London and provincial clubs.

Chris was already successfully managing Ten Years After when we came along. Terry had taken on, as manager, a Scottish band named Clouds. I had asked the booker in the office, Dave Robson, to manage us as I thought we needed some real hands-on representation to avoid being left behind in that boom period of British Blues and Rock. Dave agreed immediately but when Terry and Chris got to hear of it, they promptly intervened with the joint manager approach.

Having failed to interest any record producers or record companies in the early Tull, they decided to borrow the money from the bank to fund the low-cost first album and then, hopefully, interest a record company with the finished product. This they eventually managed with the independent but esteemed Chris Blackwell-owned Island Records for UK and Europe and shortly after with Reprise Records in the USA.

In spite of critical acclaim, Clouds did not fare so well over the months to come and Terry began to take on the main role in developing our potential as manager, agent and producer of our first records while Chris concentrated on TYA who were now becoming a firm presence in the USA.

The great thing about the period was that these young bloods in the music business were not fettered by the old rules and corrupted by dubious business practices. They were learning from each other, as were the bands themselves too, in navigating the exciting new musical universe which we inhabited. Terry had an undoubted flair for making contacts and using them for everyone's benefit. He learned fast how to make deals, friends and new opportunities. His relationship with me and the band was fatherly, brotherly and best-friendly at the same time. We were used to hearing of Brian Epstein as one of several “fifth” Beatles but these creative and protective managers who were spearheading the UK music scene were almost extensions of the musicians themselves, travelling, eating and breathing the ups and down of the road alongside their charges and continuing as managers for a virtual lifetime in some cases.

In the UK, there were outsiders to whom I am forever indebted. John Gee, charismatic old-timer from London's famous Marquee Club gave us our first and important break as a regular Thursday night act and then booked us for the Sunbury Jazz And Blues Festival where we burst on to the stage impressing everyone – even the journos in the beer tent, who emerged briefly to see what the fuss was about.

BBC radio DJ John Peel picked up on Tull early on and featured us regularly in his weekly show - at least for a while - before he decided we were no longer the underdogs who he loved to foster and support.

The two Johns were, in 1968, the keys to our being taken seriously – not only with the audiences but with the media and the upper echelons of the music business in the UK.

In Europe, we had our first big break courtesy of Jimi Hendrix who spoke highly of us to the biggest German promoter Fritz Rau, who jumped on a plane to London to find our representative (Terry) and persuade him to book us on a German date before we went off to the USA. Then followed for us a major career in Germany which was to last until Fritz's final days as a working promoter and the short period of decline before his death in 2013. Claude Nobs in Switzerland was another huge help in having us on at the Montreux Jazz Festival in 1969, followed by many years of working together and enjoying a real friendship right up to his untimely death, also in 2013, after an accident on the snow just outside his chalet.

In the USA, Bill Graham and Don Law saw immediately the potential of the band and booked us at Bill's Fillmores, East and West, and Don's Tea Party venue in Boston.

We were signed to The Premier Talent Agency in the USA, where Frank Barsalona and Barbara Skydel acted for us until shortly before they both passed away. We had moved by then to The William Morris Agency where Brad Goodman has represented the band since 2010.

There were to be many concert promoters around the world who took a gamble on Tull and, hopefully, did not regret it. Just a few are still active today, like US promoters Larry Magid, Ron Delsener, Danny Zelisko, Don Sullivan, Jerry Mickelson and in Switzerland André Béchir who we continued to work with up until Covid wrecked the continuity of touring.

In 1969, Terry and Chris had brought in Kenny Bell to run the agency side of things at Chrysalis, in order that they could concentrate on band management and developing of Chrysalis Records, born out of the Island deal first as a label and eventually as a fully-fledged independent major record company with offices in the UK, USA and elsewhere. Kenny Bell was to be our agent and UK promoter right up until his retirement when my son James was persuaded to take over the helm and assume ever-increasing management functions. By then Kenny was representing only Jethro Tull, out of loyalty and for a little income to supplement his pension. We still hear from Kenny from time to time. He remains as irascible as ever with biting hunour and anecdotes too salty for repetition here.

There are new relationships building even in these latter days of of my professional life with fresh promoter relationships in many countries and in the record company sphere too, like Thomas Waber at InsideOut Music and Freddy Palmer at Sony. My son, James Anderson, flies the flag and does the heavy lifting for me and Tull these days, acting in a general management capacity as well as being agent for all territories outside North America. In recent years, Revd George Pitcher brought about and developed my interest and commitment in performing fundraisers in churches and cathedrals. There are also the many record company personnel, band members and road crews too, of course, without whom it could not have happened.

The list of associates and co-conspirators is almost endless, but manager Terence Charles Ellis, co-founder of Chrysalis Records, remains at the head of the enabler pyramid for his support and enthusiasm, still manifest to this day, and to him is owed the biggest thankyou of all. The fact that my son James is married to his youngest daughter has nothing to do with it! Sheer coincidence as they knew nothing of their respective backgrounds when they first met. Funny old thing, life....