TOO OLD TO ROCK’N’ROLL:
TOO YOUNG TO DIE

Jethro Tull frontman Ian Anderson has always said this album was not meant to be autobiographical of him as an ageing songwriter, since he was young at the time. He says the point of the album was to illustrate how his style of music may go out of popularity with every other fashion and fad, but he is determined that if he sticks to it, everything comes back around and the style will rise again.

SHOP TOO OLD ON BURNING SHED 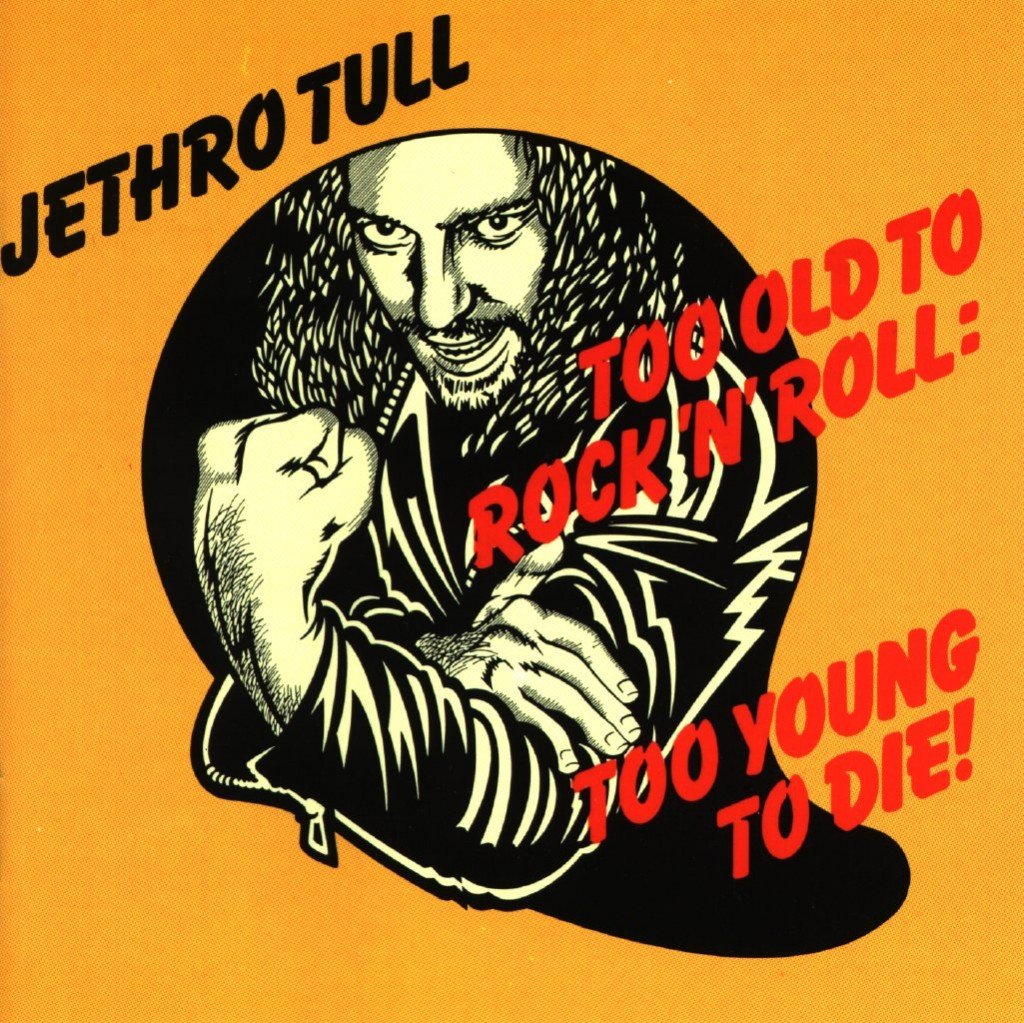 It is widely considered a concept album. The remastered 2002 CD version contains two bonus tracks that were cut from the original LP, “Small Cigar” and “Strip Cartoon”. This is the first Tull album to feature John Glascock on bass and backing vocals.

TOO OLD TO ROCK’N’ROLL:
TOO YOUNG TO DIE!

Too Old To Rock ‘n’ Roll, Too Young To Die! – The TV Special Edition Deluxe features a previously unreleased re-recorded version of the album for a 1976 UK TV special.

* flat transfers of the original album as well as a host of rare associated recordings including previously unreleased material.
* the previously commercially unavailable original TV footage with DTS, Dolby Digital Surround Sound and Dolby Digital Stereo sound.
* the TV audio in 96/24 stereo PCM, alongside a host of other associated recordings in surround and 96/24.
* an extensive 80 page booklet including an essay by Martin Webb on the preparation and recording of the album in Brussels and Monte Carlo, the aborted stage musical, the London Weekend TV special and the 1976 tours. The booklet also contains a track by track annotation by Ian Anderson, lyrics, a feature on Ian Anderson and his motorbikes, Dave Gibbons on drawing the LP’s cartoon inner spread and ‘From Carmen to Tullman’ – The Musical Life of John Glascock, unseen photos and lots more.

SHOP TOO OLD ON BURNING SHED 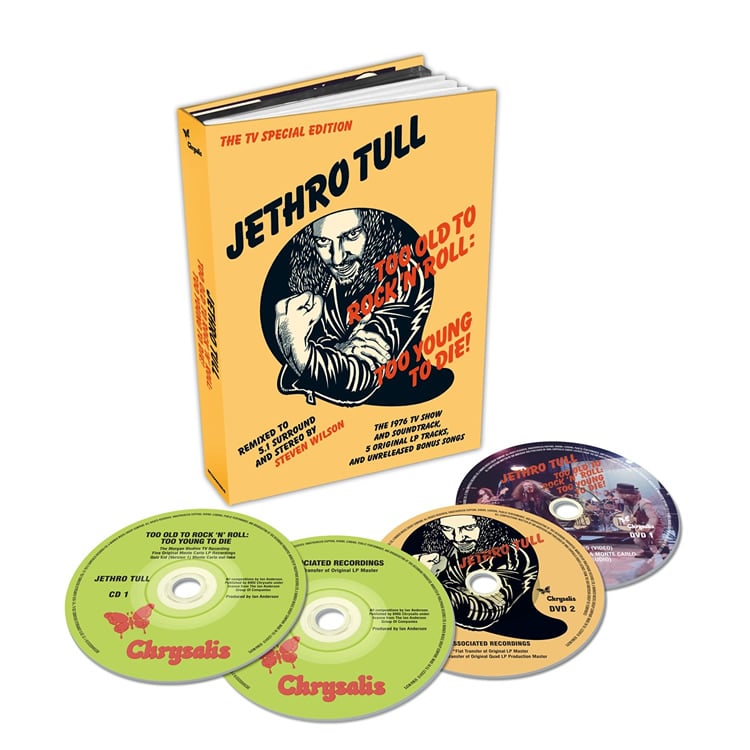 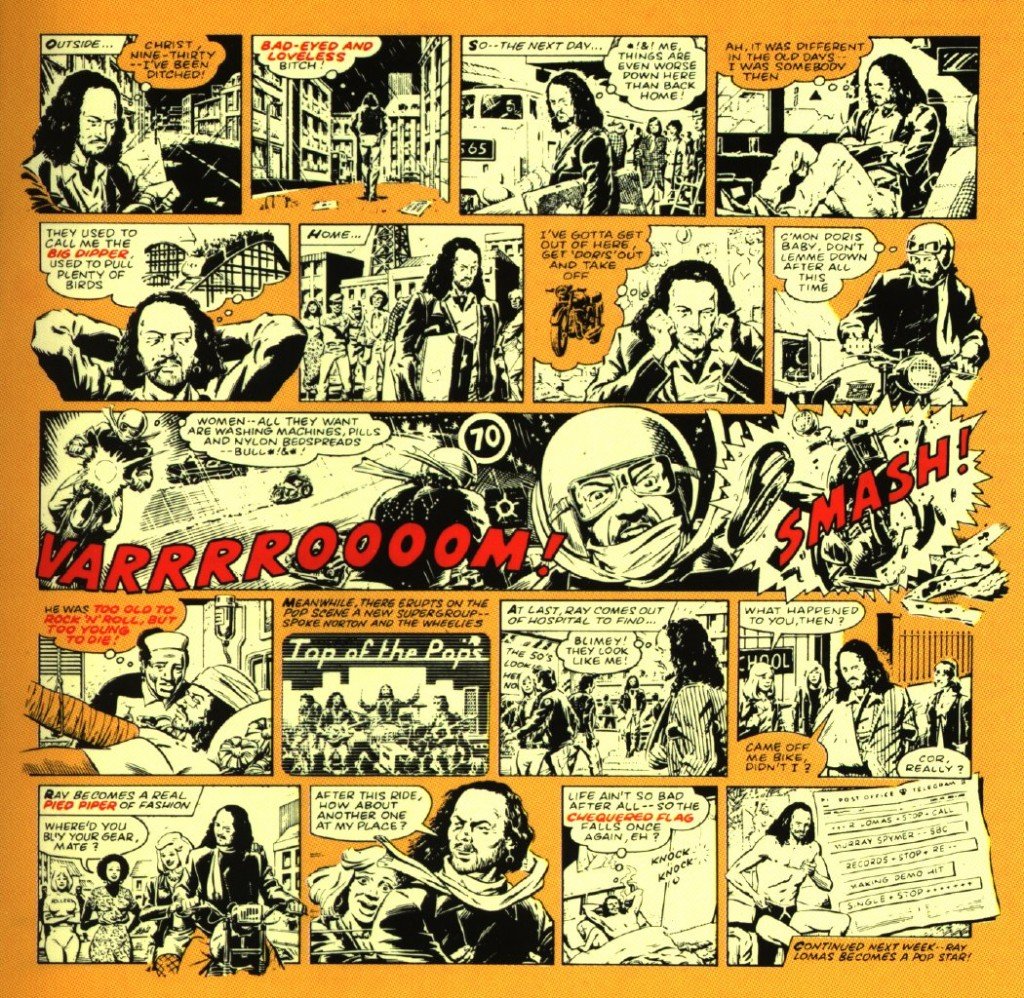 The original idea for the album was to be a rock musical, similar to the Kinks’ mid-1970s outputs e.g., Preservation Act 1 (1973), Preservation Act 2 (1974) and Schoolboys in Disgrace (1975). It would follow an ageing and retired rock star named Ray Lomas as he wins money on a decadent quiz show, but finds that society has changed so much that, with no one left like him any more, he has no way of enjoying his money the way he did in the 1950s. He then decides to commit suicide via motorcycle crash but fails and lands himself in a hospital in a coma for an undetermined amount of time.

When he awakes he discovers society has changed again, and his style of dress and music are now popular again. In addition, the advanced medicine he is treated with after disfiguring his face and damaging his body in the crash makes him twenty years younger. He has become an overnight sensation with the young kids who now try to dress and act like him.

However, much of this story is only explained in a cartoon strip included with the album. The actual score of the album does not follow the strip exactly, leaving out details or, in some cases, changing the plot.