On November 9 Rhino will release an expanded 50th anniversary edition of Jethro Tull’s 1968 debut album, This Was.

– Original album and bonus tracks remixed by Steven Wilson in 4.1 DTS and AC3

– Flat transfer of the 1968 stereo remix

– Presented in a case-bound DVD book filled with an extensive history of the album, track-by-track annotations by Ian Anderson, plus rare and unseen photographs

Recorded during the summer of 1968, This Was is the only Jethro Tull album to feature guitarist Mick Abrahams, who left the group shortly after the album came out to form Blodwyn Pig. The title of the album refers to the band moving away from its early blues-based sound, which was referenced in the original liner notes: “This was how we were playing then—but things change, don’t they?” 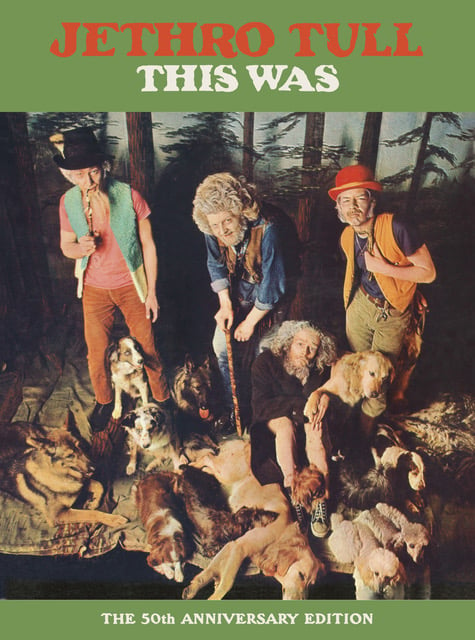 The album includes songs that have been in and out of Jethro Tull’s live show for 50 years, like “My Sunday Feeling” and “Beggar’s Farm.” Also featured are several bonus tracks: “Love Story,” “A Christmas Song,” “Sunshine Day” and “Aeroplane.”

In 1968, BBC Radio featured the band twice on its award-winning program, “BBC Top Gear Session.” Both of those performances—nine songs in total—are featured on the second disc, including live versions of “Serenade to a Cuckoo,” “Love Story” and “My Sunday Feeling.” Rounding out the disc are b-sides, outtakes, radio advertisements, and an unreleased mono mix of “Someday The Sun Won’t Shine For You” (Faster Version). The final CD features the album’s original U.K. stereo mix and its original mono mix.

The DVD features the original album and bonus tracks remixed by Steven Wilson in 4.1 DTS and AC3 Dolby Digital surround and 96/24 LPCM stereo. There are also 5.1 surround versions of “Love Story” and “A Christmas Song.” Also included in 96/24 LPCM stereo is the 1969 stereo mix that was released in the U.S.