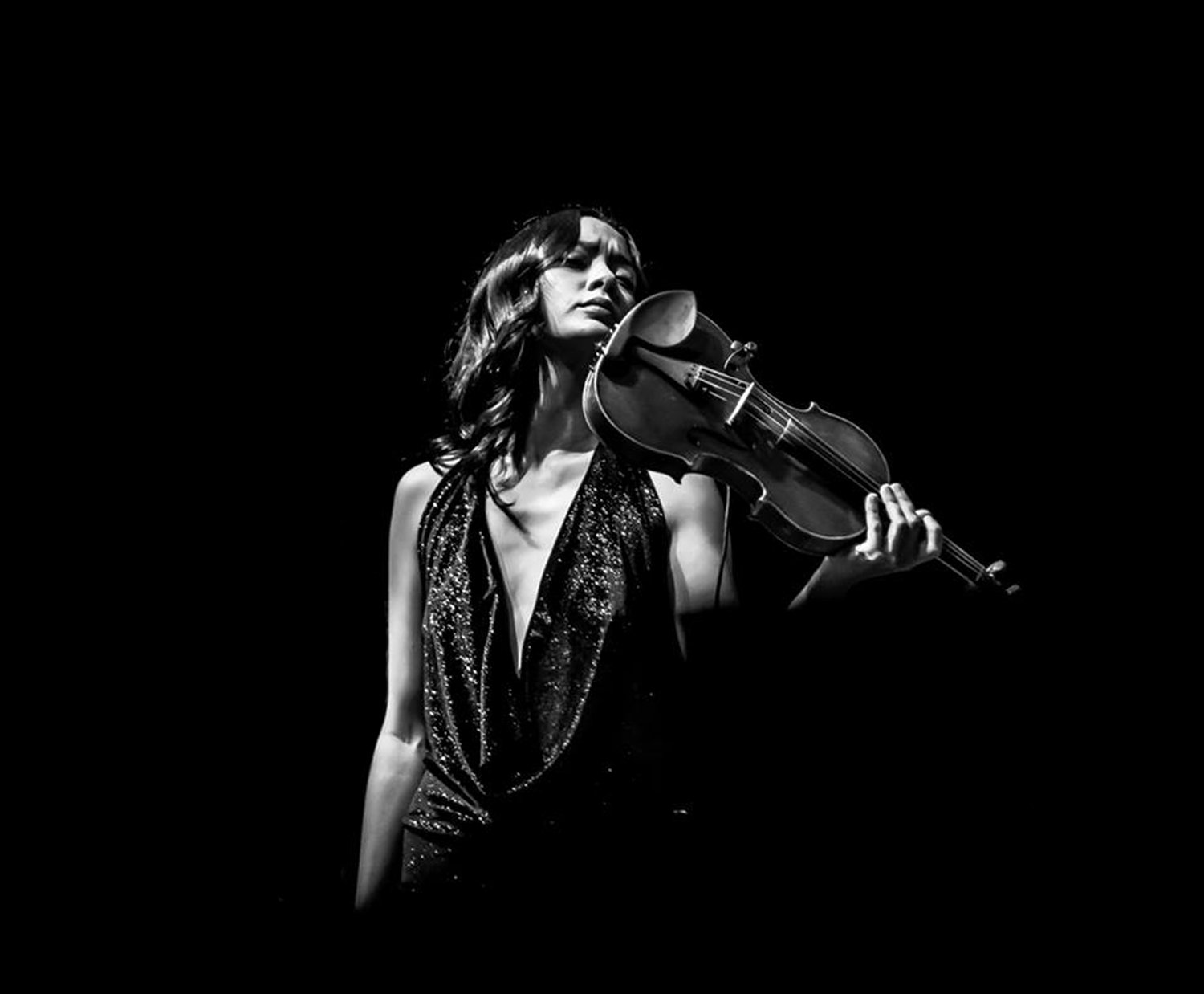 With her unique style that challenges many traditional ideas about the music that can be played with a violin, Lucia is described as an incredible stage presence with an intense level of energy and talent. Born in Queens, New York, by the age of three, Lucia was heavily immersed in the arts, diligently practicing dance, piano, and violin. It didn’t take long for Lucia to discover her passion and greatest talent was the violin, which quickly became her main focus.

After moving to Hawaii at the age of 5, she continued to refine her skills on the violin and just a year later at the age of 6, Lucia made her debut as a soloist with the Honolulu Symphony Orchestra. Her popularity as a violinist was on the rise and she frequently began appearing on local television shows and at prestigious events throughout the Islands.

In 1994 Lucia’s family left Hawaii and returned to New York after Lucia had auditioned and was accepted into the prestigious Julliard School of Music. Lucia had a special gift and this highly esteemed school was the perfect place for Lucia to further her studies. Lucia remained at Julliard for seven years where she had become a regular on the competition circuit, winning a dozen international competitions and performing extensively in concert halls throughout The United States.

When Lucia left Julliard in 2001 she began studying with renowned violinist Pinchas Zukerman. It was during this time when Lucia began to develop a growing interest in non-classical music. She started moonlighting with local jazz and rock bands in New York clubs and by the following year she had accepted an offer to tour with the Trans-Siberian Orchestra as a featured violinist and concertmaster.

Lucia was on the verge of a major breakthrough as her profile continued to soar. She received a call from Josh Groban in 2004 inviting her to tour with him performing as a guest soloist throughout his “Closer” tour. Later that year she had signed a recording contract with Warner Brothers Records and released her first album “Music From a Farther Room” to glowing reviews.

Lucia was recommended to Ian Anderson as a potential special guest for Jethro Tull tours and went to see her perform at Hammersmith Apollo with Michael Ball. Lucia joined the Tull tours and subsequently played on Ian Anderson Orchestral tours working with Ian in 2005 and 2006.

In 2007 Josh Groban asked Lucia to join him again on his “Awake” tour. After releasing her latest album “Interlude”, Lucia began traveling world-wide with Chris Botti as a featured soloist and was most recently cast as the role of “Annie” in HBO’s newest critically acclaimed series, “Treme”.

Lucia was recommended to Ian Anderson as a potential special guest for Jethro Tull tours and went to see her perform at Hammersmith Apollo with Michael Ball. Lucia joined the Tull tours and subsequently played on Ian Anderson Orchestral tours working with Ian in 2005 and 2006.