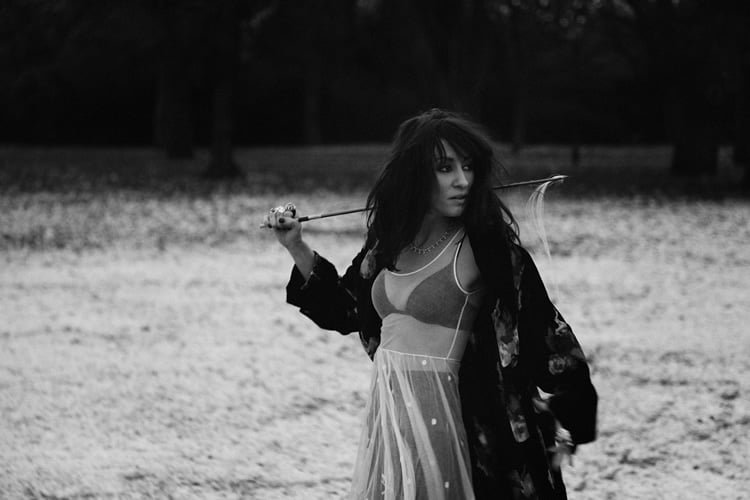 Anna Phoebe has been hailed as the ‘vixen of the violin’ for stunning live stage performances that have won audiences and fans all over the world. Her distinctive gypsy rock sound combines influences from rock, classical, gypsy and Middle Eastern music. Anna’s electrifying stage presence and unique style of playing has cemented her position as one of the world’s leading stage performers.

In the United States Anna Phoebe is best known for her exhilarating role with the multi-platinum selling arena rock band Trans-Siberian Orchestra, where she was String Director and solo violinist from 2004 to 2010. Anna has featured with guests including Steven Tyler (Aerosmith), Paul Rodgers (Queen, Bad Company, Free) and Jon Anderson (Yes).

Previous collaborations include Jethro Tull, which she joined as guest soloist, playing her own compositions as well as Tull classics. From 2005 until 2010 she toured with Oi Va Voi, promoting their latest album in venues and festivals across the world. Television and promotional appearances include the Royal Albert Hall, Top of The Pops, MTV, Radio 1’s Live Lounge, X FM and ITV’s Daybreak with artists including Sugababes, Tinchy Stryder, Jay Z, Beyonce, George Michael, as well as performing at P Diddy’s renowned ‘White Party’ in New York.

Anna’s first two solo albums, Gypsy (written with Angus Clark) and Rise of the Warrior (with Joost van den Broek) are available on iTunes, and showcase Anna’s wide ranging style: powerful and symphonic melodies combined with rock and eastern rhythms, seizing the best from a host of genres.

Anna released her latest album ‘Between the Shadow and the Soul’ in 2014.

Anna Phoebe appeared live with Ian Anderson at his ‘Thick As A Brick’ live show at the Royal Albert Hall in 2013.