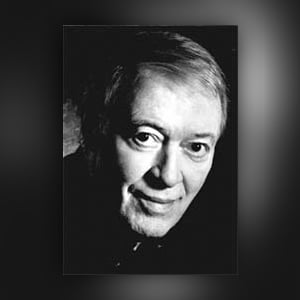 When I first arrived in New York in 1969 – fresh off the airplane from olde England – the culture shock of America, and especially the resonating clamour of American radio, had me reeling from the energy and gravitas of the Disc Jockeys and presenters.

On my first visit to the studios of WNEW FM for an interview with the already legendary Scott Muni, we tuned into the live broadcast from the safety of our car to have a prelimenary listen to my soon-to-be interrogator. The sound of the gravelly-voiced heavyweight mafioso bruiser – as I imagined him to be – turned me to jelly. What with Scott and Bill Graham, the blood and guts reality of the New York music scene seemed a far and frightening cry from the laid back UK equivalent. These men were HARD! No prisoners taken, no quarter given.

But on settling nervously into the chair opposite Scott, I immediately came to the realisation that here was a man who loved music, loved life and loved the people who would populate his radio-bubble world. He soon made me feel at home and calmed my fledgeling radio performer nerves.

A Beatles man in principle, he was quick to encourage the successive waves of UK rock musicians who came bearing gifts of song wrapped in their tight trousers, skimpy Carnaby Street t-shirts and high-heeled Chelsea Cobbler boots.

Over the years, we all became eternally grateful for Scott’s support and willingness to help promote concerts and new records. He always found time for his old pals and new pals alike.

They don’t make them like Scott Muni anymore. Like a 60’s Fender Strat or a vintage Harley Davidson, Scott breathed the American way. His later years at Q104.3 showed the elder statesman at work right to the end. His free and easy style and refusal to follow the pace and commercial dictates of contemporary radio earned him the title – for me anyway – as Scott Muni, the New York radio guy.

Rest in peace, Scott, with Sergeant Pepper, Tommy and Dark Side Of The Moon, as the soundtrack to your dreams.