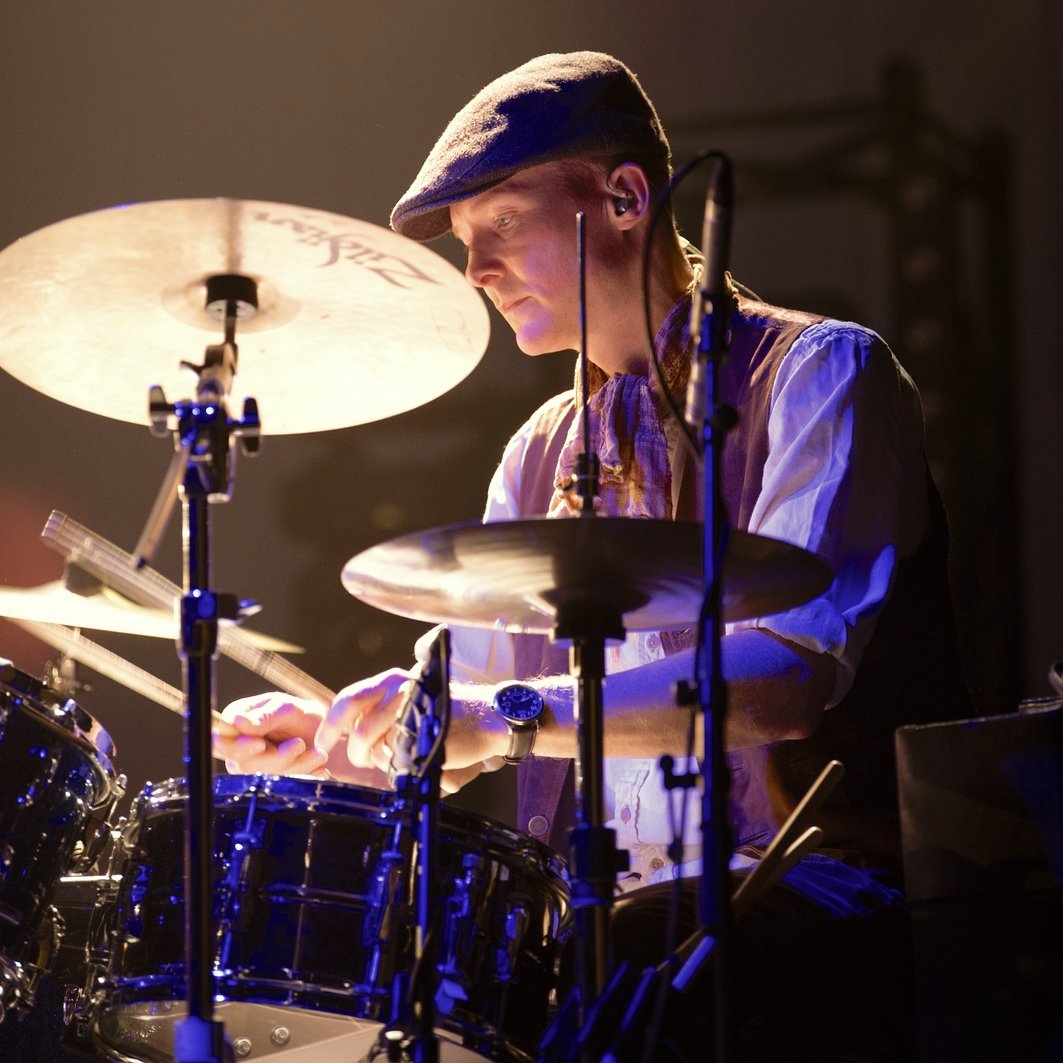 Scott was born in Bristol (UK) in 1973. After starting his musical journey on the piano when he was six, he went on to play the drums when he was fourteen in his first band “Half Decent” – and that they were!

He went on to study the drums with Dave Hassell on a three-year jazz degree course at Leeds College of music. It was here that he met his wife, Ruth, who plays saxophones, keyboards, piano, Hammond organ and sings. They are now based in Bristol and regularly gig all over the UK with The Hopkins-Hammond Trio, Jingu Bang (his own band) and other projects.

Since 2010, Scott has been touring internationally with Ian Anderson and later with Jethro Tull too. Other artists Scott has performed with include The Colman Brothers, The Brass Junkies, The Lewis Creaven Band, Denny Ilett, Pee Wee Ellis, Phil King, John Pearce, James Morton, Ruth Hammond, Tina May, Dave Newton, Alan Barnes, Gary Alesbrook and many others. Scott has also performed many times on TV and Radio, both in the UK and internationally.

When he is not hitting things, Scott enjoys taking photos, watching films, playing tennis and he has recently become a certified scuba diver.