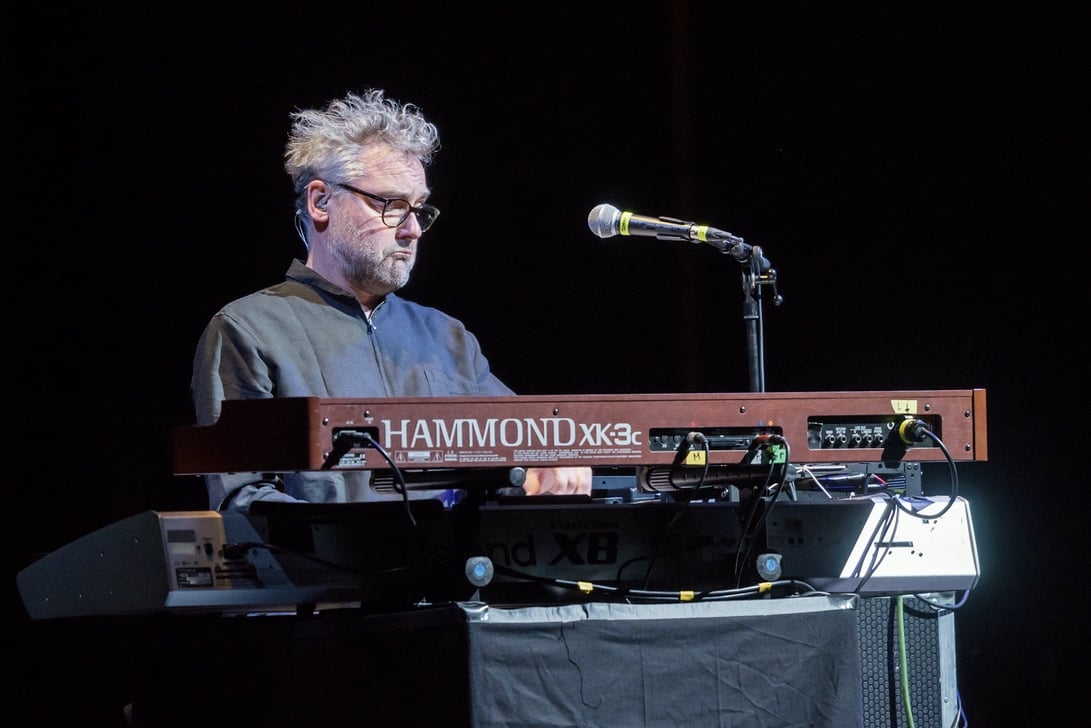 The family relocated to North Wales in the early 1970’s where John joined the National Youth Orchestra of Wales. He played in several bands with his Father before moving to the Royal Northern College of Music studying Contemporary percussion/ drum kit and piano.

After 5 years of graduate and post graduate studies he joined Rambert Dance Company, London as a percussionist, enjoying extensive touring for a further 5 years. After still more years gigging in bands and theatre John accepted the post as Composer / Musical Director for the Bristol Old Vic. While working in theatre John learnt the basics on Bass Guitar, Flute, Trumpet and Trombone until eventually discovering the Accordion.

At about this time (2003) he met Ian Anderson and joined the Rubbing Elbows tour on piano and accordion subsequently recording on Rupi’s Dance. Since that time John has enjoyed touring with the band and scoring, conducting and playing Ian’s orchestral concerts.

In 2004 John was commissioned to compose a children’s opera by the Welsh National Opera. This was a great success and has lead to a further two pieces being commissioned. John has also composed for wildlife, drama and documentary TV. Several years ago he produced two albums, one a smooth jazz record for USA and the other of his theatre music. 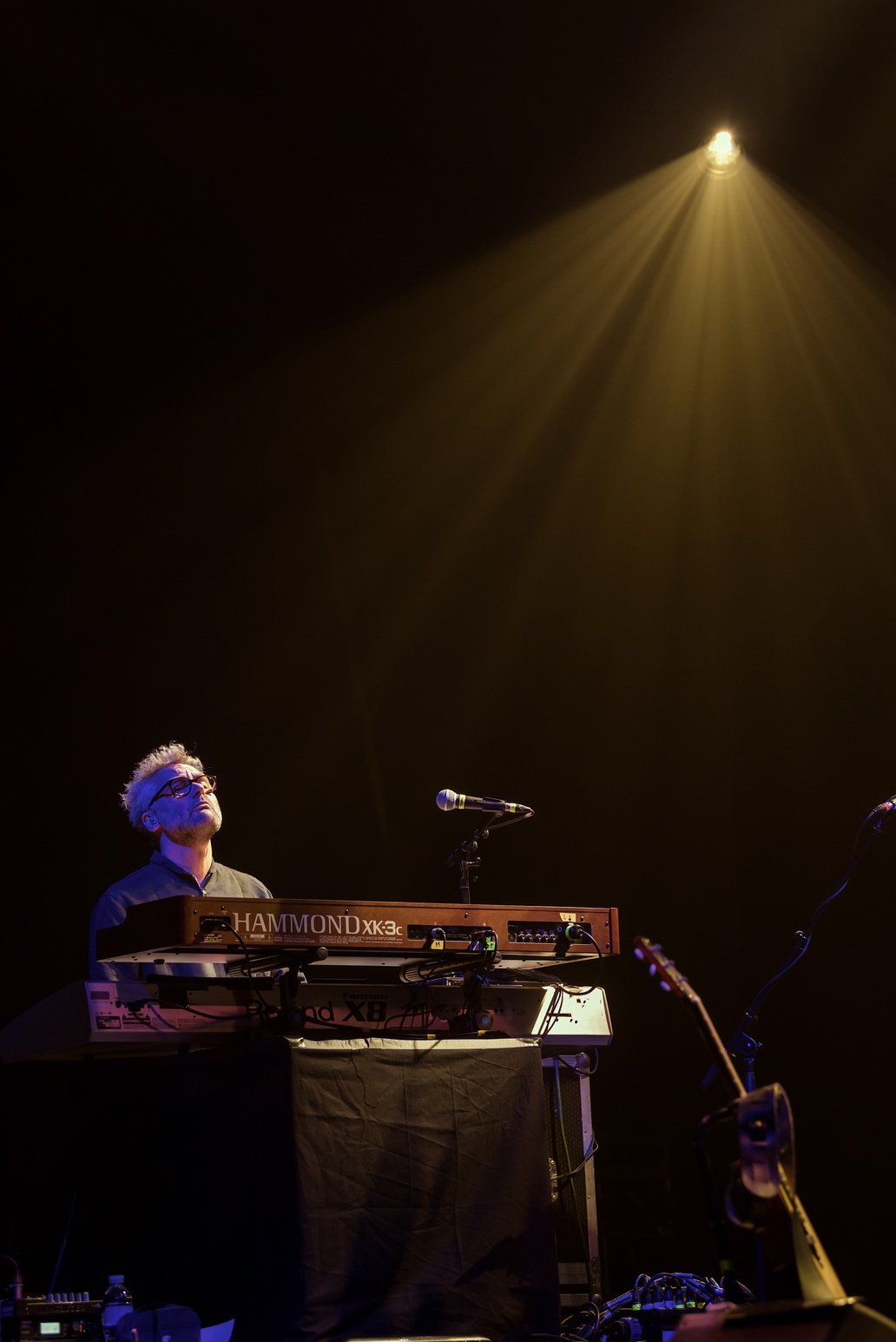 John holds teaching postions at Bath and Bristol Universities and is a guest tutor at the Royal Welsh College of Music and Drama where in 2007 he is adapting and scoring Quadrophenia for the stage.

In 2009, he helped arranged and conducted music for the stage production of the classic The Who album “Quadrophenia”.