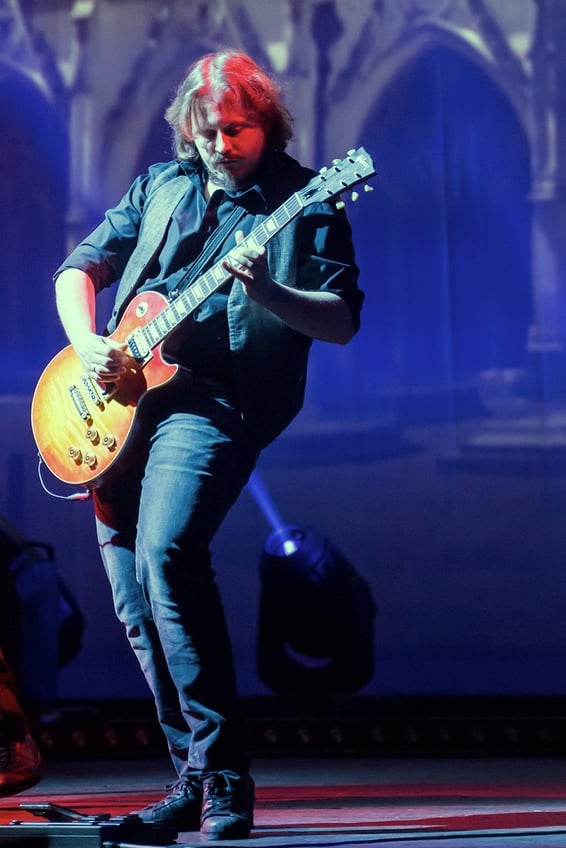 Born in 1983, Guitarist Florian Opahle from Rosenheim, Bavaria in Germany, is the youngest regular musician to work with us but by no means any less talented.

His musical interests cover contemporary Rock styles as well as Classic Rock, Blues and Classical music. After a rigid music education background (including master class instruction from guitarists such as Al Di Meola), young Florian has worked in a number of live acts and studios in his native Germany.

He has toured throughout Europe with female vocalist Masha, and in 2003, he began working with Jethro Tull front man, Ian Anderson, in his solo band and orchestral projects. As guitarist on the “Ian Anderson Plays Orchestral Jethro Tull” tour, he performed in Italy, Greece, France and Germany with Anderson’s band and a full orchestra. The tour has since been captured as a home DVD release.

In the Autumnal months of 2004, Florian returned to his work as a recording session player, contributing to a number albums and projects in Germany and other parts of Europe. Shortly thereafter, he was invited to join The Greg Lake Band for a tour in 2005.

Since 2011 he is also involved in studio projects for Sony Music Entertainment in Germany contributing as a recording musician, producer and songwriter.