MINSTREL IN THE GALLERY

“Aqualung” and “Thick As A Brick” tend to be cited as defining the 1970s’ Jethro Tull – but arguably “Minstrel in the Gallery” is the quintessential 1970’s Tull album. 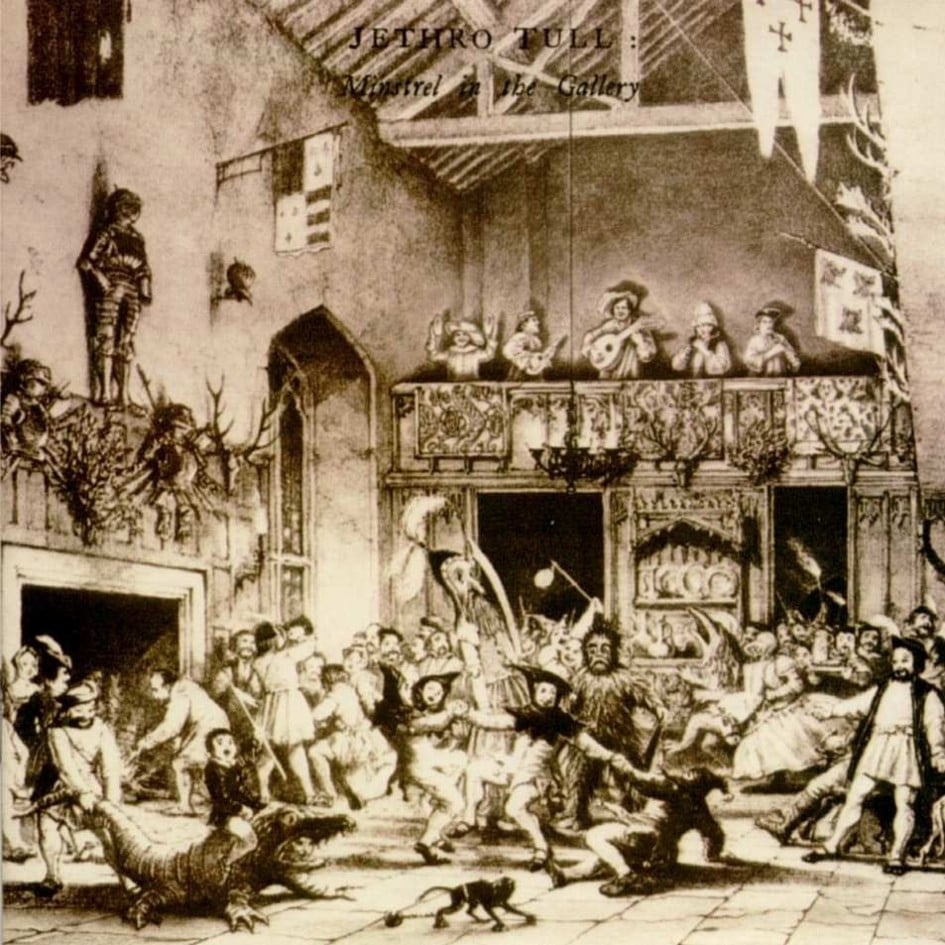 In February 1975 Jethro Tull sold out five nights at the 20,000-seater Los Angeles Forum, prompting the Melody Maker to run the headline “Jethro – Now The World’s Biggest Band?” Indeed the venues became so huge that by 1976 Tull had become one of the first bands to use giant screens for stadium shows – nicknamed “Tull-A-Vision”.

MINSTREL IN THE GALLERY

The 40th Anniversary edition of Jethro Tull’s Minstrel In The Gallery.

The album has been expanded to include the b-side Summerday Sands, several studio outtakes, and alternate session material recorded for a BBC broadcast.

The second disc features a live recording of Jethro Tull performing at the Olympia in Paris on July 5, 1975, a few months prior to the release of Minstrel In The Gallery. During the show, the band played songs from several of its albums, including War Child and Aqualung, as well as an early performance of Minstrel In The Gallery. It was mixed to 5.1 & stereo by by King Crimson guitarist Jakko Jakszyk.

Highlights from the set include:

* Original album plus seven bonus tracks (six previously unreleased), two mixed to 5.1 surround, and all to stereo by Steven Wilson
* Flat transfers of the original LP mix at 96/24 plus additional track Summerday Sands
* Flat transfer of the original quad mix of the LP plus additional track Summerday Sands
* An eight and a half minute film of the band performing Minstrel In The Gallery in Paris from 1975
* Presented in a case-bound DVD book that includes an 80-page booklet featuring an extensive history of the album, track-by-track annotations by Ian Anderson, recollections by roadie Kenny Wylie, Maison Rouge maintenance engineer Pete Smith, and string section member Liz Edwards plus lyrics, tour itinerary and rare and unseen photographs. 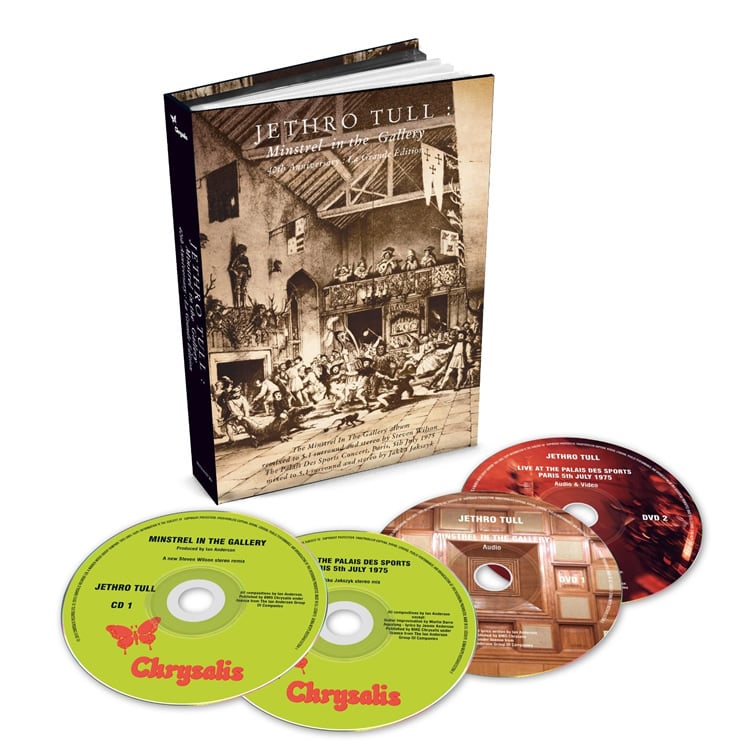 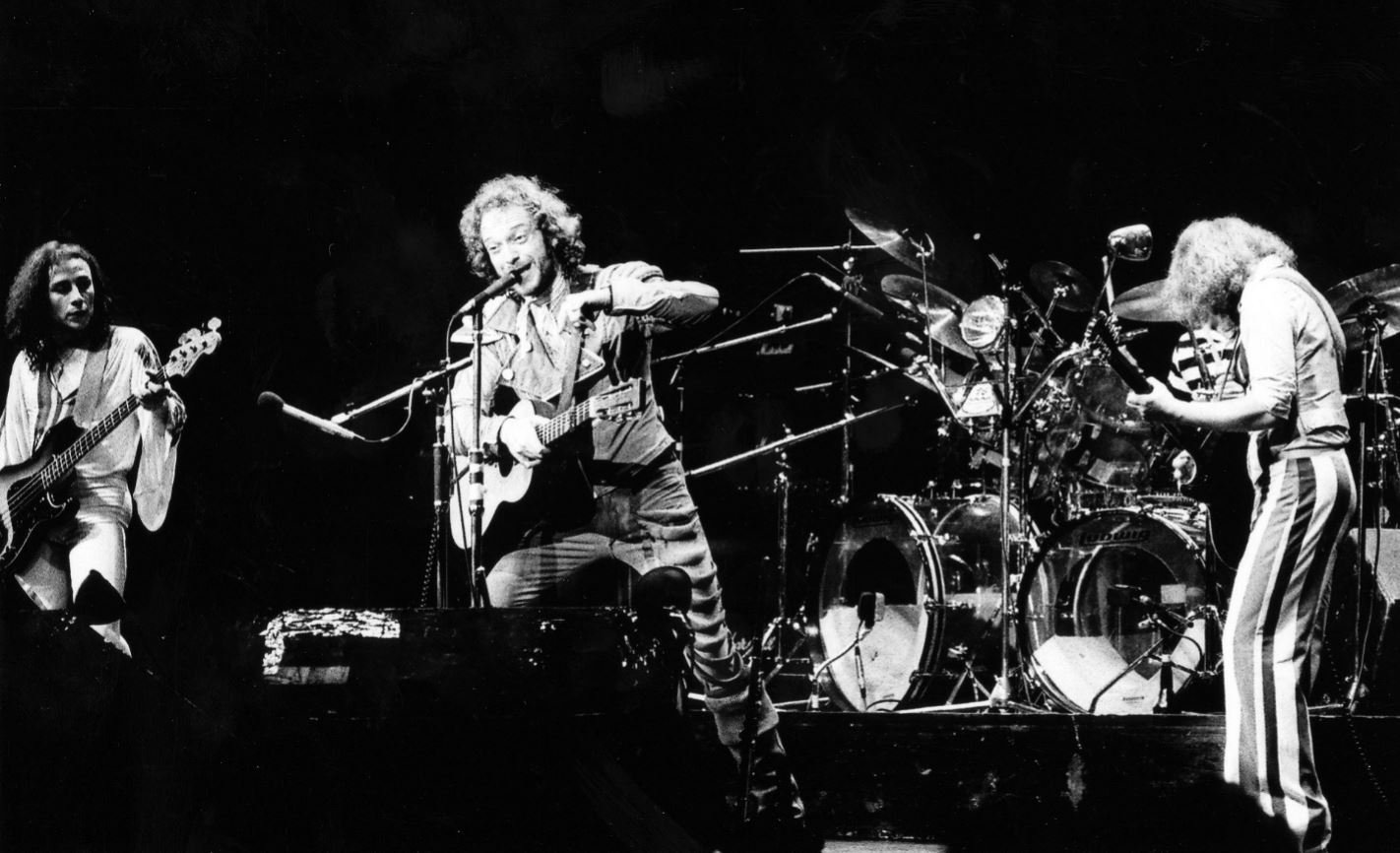 The band had decamped to a studio in Monte Carlo (Jeffrey Hammond-Hammond having ridden there from England on a motorbike which he managed to spectacularly crash on the way) which is pictured on the back of the album sleeve with the five minstrels standing in its gallery. The sizeof the studio also made it ideal for impromptu games of badminton, while the local beach provided its own temptations. Ian has since opined that such distractions and other personal problems within the band meant that it was not functioning as well as a unit as it had on previous albums, and he found himself taking more of a prominent and introspective role than he would have wished.

The upside of that was that the album contained a liberal sprinkling of the type of personal acoustic ditties which had graced the “Aqualung” album, with the string-adorned “Requiem” being possibly the most romantic song Ian has ever written, and the closing “Grace” – more whimsical in its romanticism – clocking in at a whole thirty seven seconds. And after the forty-plus minute “Thick As A Brick” and “A Passion Play” epics, Ian once again dabbled with an extended suite of music with “Baker Street Muse”, a seventeen minute four-part observation of the seedier side of his then home town of London.

The acoustic guitar and strings are to the fore in most of the other songs, but the likes of “Cold Wind To Valhalla” and “Black Satin Dancer” then explode into full-blown rockers, with Martin Barre’s electric guitar taking the spotlight as the band thunders along behind him in an adventurous exploration of unpredictable key-changes and time-signatures. That juxtaposition of acoustic and electric has been a feature of Jethro Tull’s music throughout their career, but is perhaps never better exemplified than on “Minstrel In The Gallery” which, after earlier albums’ tags of ‘blues’ and ‘prog’, is unequivocally a ‘rock’ album, albeit with a maturity and sophistication both lyrically and harmonically which highlighted Tull’s originality.

Though “Minstrel” is heavily acoustic, songs from the disc rarely appear in concert set lists in recent years. Partly, this could very well be due to “Minstrel’s” rather dark, often very personal subject matter and tone for many of the acoustical tunes. Ian was just coming off a divorce and “One White Duck/0¹º = Nothing At All” addresses the end of his marriage. “One White Duck” is related to a common British concept (and even wall ornament) that a married couple have their “ducks in a row.” A sole duck, hence, represents separation.

In February 1975 Jethro Tull sold out five nights at the 20,000-seater Los Angeles Forum, prompting the Melody Maker to run the headline “Jethro – Now The World’s Biggest Band?” Indeed the venues became so huge that by 1976 Tull had become one of the first bands to use giant screens for stadium shows – nicknamed “Tull-A-Vision”.

Jeffrey Hammond-Hammond’s final live show with Tull was in November 1975, after which he ceremoniously burnt his stage clothes and retired from the music biz to resume painting. 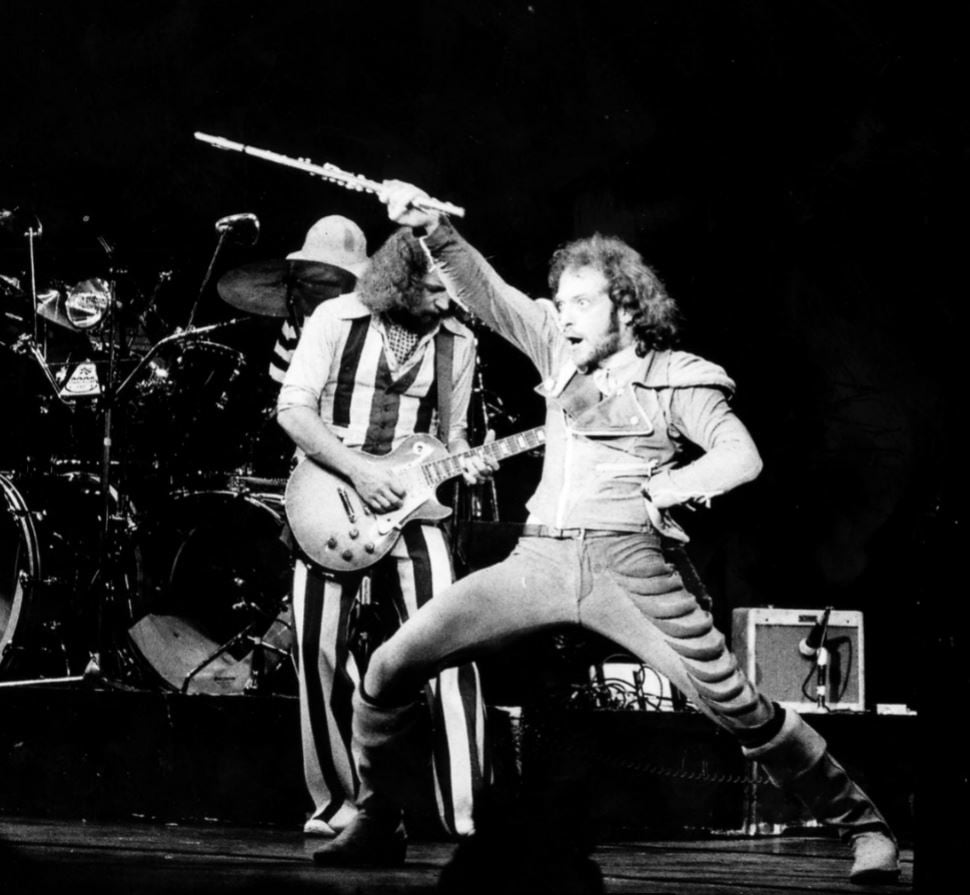