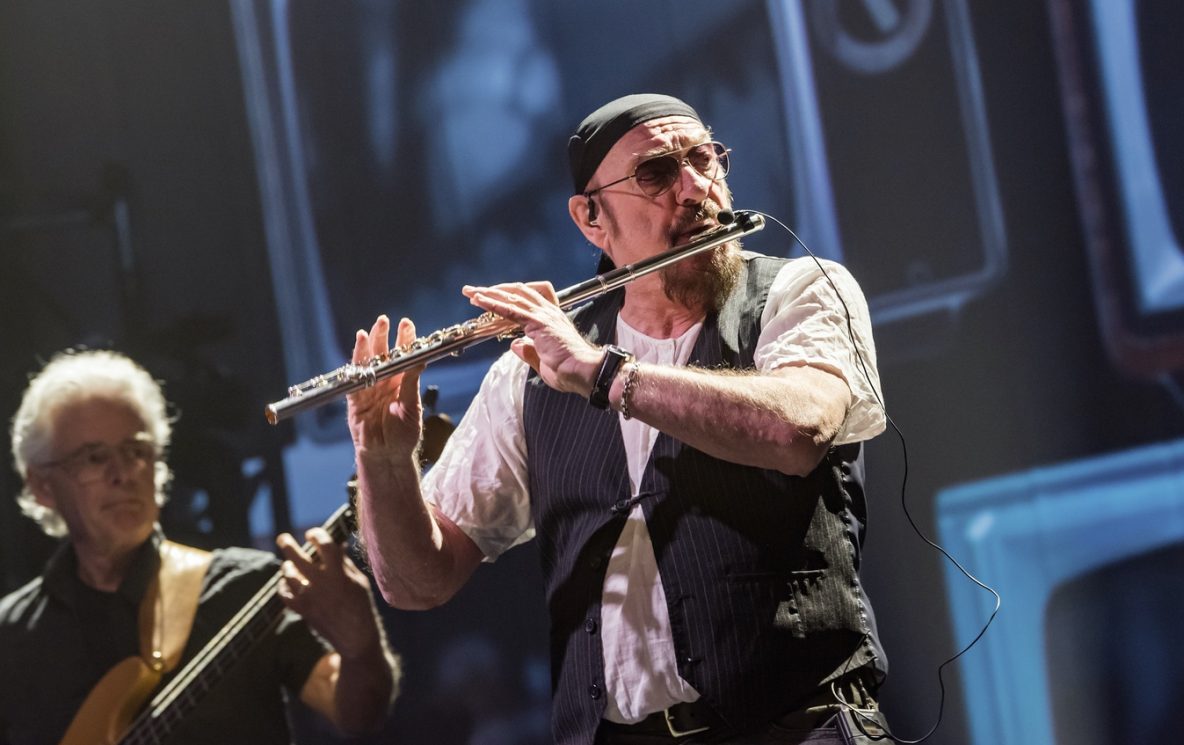 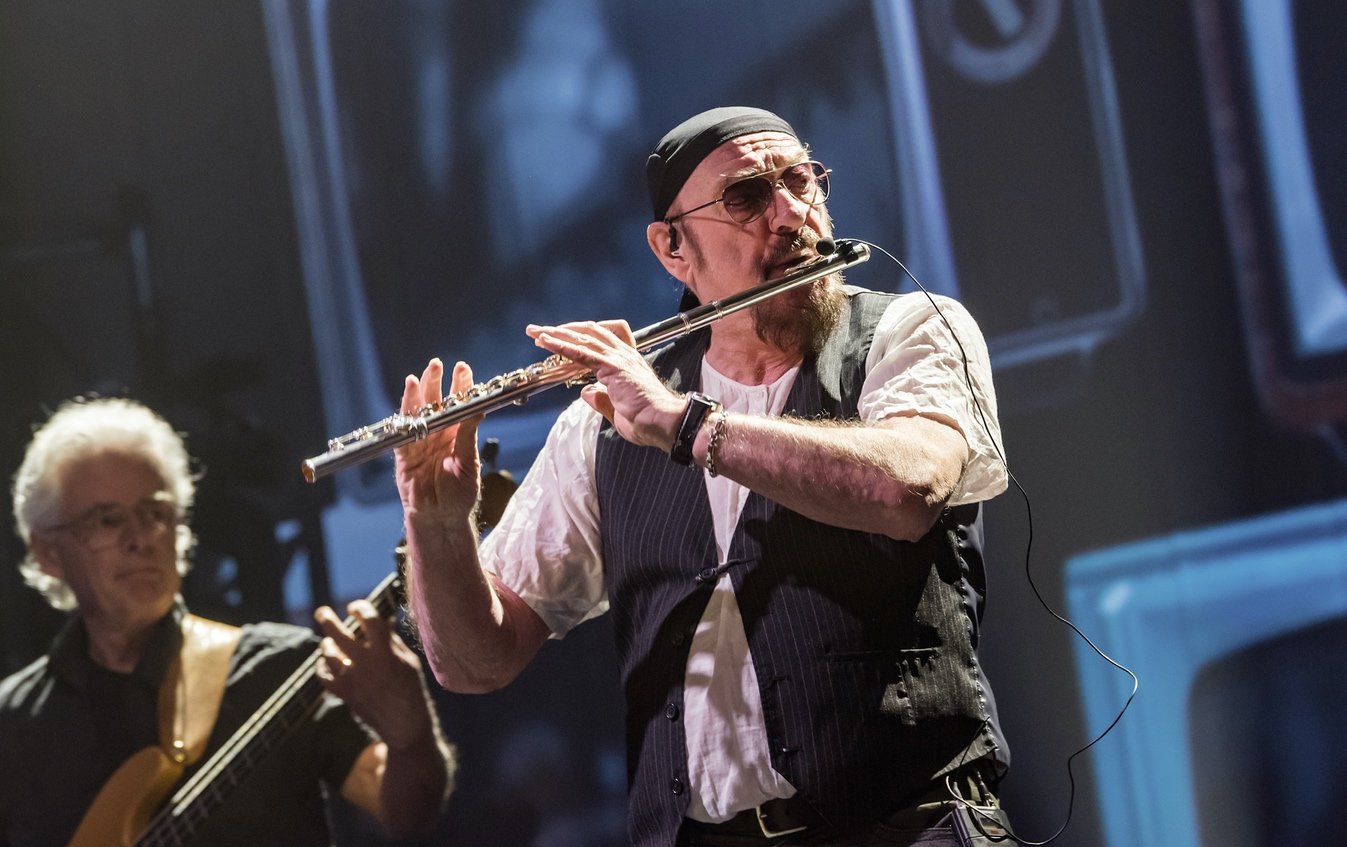 Over the last 51 years I have played and owned many flutes. Some great, some not so great and some which are like old friends, even when I don’t play them so often any more.

It all began in the summer of 1967 when I traded in my old Fender Strat for whatever Ken Watts, the music shop owner in Lytham-St. Annes would allow me in exchange.

A Shure Unidyne III was an easy choice. THE professional microphone, made in Chicago in the good old USA which began my long history of using Shure microphones and their other products to this day.

The second choice was harder and the only thing that caught my eye was the shiny Selmer Gold Seal  student flute hanging on the wall, glistening in the sunlight. “Come hither,” it seemed to say…. Well – at least Eric Clapton didn’t play flute so it seemed worth a try.

However, early attempts to get a note out of the damned thing proved abortive and it wasn’t until December of the year that I managed to coax a wobbly, insecure note of G out of the thing. Without an instruction book or a fingering chart, I just had to make it up as I went along and soon found a few more notes, reinforced by singing them at the same time. These formed the basis of the “blues scale” and I was up and running by January of 1968 and beginning to play along live in a few songs with the embryonic Jethro Tull.

By the time we were rewarded with a residency at London’s famous Marquee club, I was playing in a more confident and strident way and old school pal Jeffrey Hammond noticed my unorthodox style and introduced me to an album by American jazzer Roland Kirk who used that same bold technique of vocalising his tunes and solos. The rest is history and well documented elsewhere.

So – the Selmer Gold Seal was the first one. Also it was the first flute owned by senior classical flautist Sir James Galway. I think I liked mine better than he liked his, since he is often disparaging about the poor quality of his original instrument. I later bought for him a hard-to-find Gold Seal for a  recent birthday. I had it cleaned and restored and he managed to get a few notes out of it. It has now joined his extensive collection; the very poor and distant cousin to his Muramatsus, Nagaharas, Haynes, Albert Cooper and so on. Sir James Galway plays these days a 20 Ct gold Nagahara and, very recently, a specially-commisioned thin-walled platinum flute. But then he would, wouldn’t he? The Man With The Golden Flute has to keep up appearances!

The lowly Gold Seal was my only instrument until it was lost or stolen in the USA in 1969 and I found a hastily-acquired local alternative in the shape of the Artley flute. This was a marching band instrument made in Elkhart, Indiana and, although robust and chunky, I managed to break all the 21 that I was to own over the next 15 years! In fact, I used to travel with a case of about 12 of them to get through a long US tour and they had bits missing, dents, ingrained dirt and were a biological hazard to anyone who touched them.

During the 80s, I switched to playing Japanese made Pearl flutes having been approached by the UK distributor. This was a decidedly better instrument and I owned three of their student models including one in (to me) exotic solid silver! All my previous flutes had been so-called nickel-silver, silver plated bodies used for the cheapest student flutes to keep costs down. I can’t say that, with my unorthadox and primitive style of playing, that I noticed much difference. You probably didn’t either.

Along the way I bought a better flute – a Muramatsu conservatory model. I only recall using it a couple of times due to the value and my fear of breaking it!

Trevor James, a British flute and brass technician, suggested to me a trial of the Japanese Sankyo Silversonic flute and I rather liked this compromise, being an intermediate range flute (now designated by Sankyo as the CF-301 series). It had a .925 silver headjoint and body with silver plated key work to keep the cost down a bit.

On my return to the UK, I also decided to change to the open-hole keyed flute which allowed the possibility of “bending” and slurring notes as done by Indian flute players with their more primitive bamboo instruments. So this necessitated my buying all new flutes with open hole keys and selling all the old ones.

One of the first open hole flutes I bought was the ubiquitous early student flute, the Yamaha YFL-271 SII which I still have and has now turned an attractive gun-metal black through years of tarnishing. I rather like it that way. It still plays quite well and, along with Trevor James’s own brand of student flutes, is an excellent choice for the beginner. I keep mine in our little London mews house in case I get the urge to play when I am there for a brief visit.

I purchased from renowned London flute specialist store All Flutes Plus a back-up spare, the Sankyo Etude (now the CF-201) which lived in my guitar case in the event of loss or theft of my main performance flute. It was this Sankyo Etude which was to blast off in December 2010 from Baikonur on a Soyuz “Progress” cargo rocket to venture where no flute had gone before on a 6 month mission aboard the International Space Station. It was played by US astronaut Colonel Catherine Coleman, a keen flautist in her more earthly existence. It returned to Earth in business class on Endeavour, the second last ever Space Shuttle mission a few days after Ms Coleman descended economy class in the down elevator Soyuz capsule to land safely back in Kazakhstan and change her underwear.

So from the late 80s through to today, I have played Sankyo flutes on and off, switching to and from Powell Flutes and Nagahara. Both of these latter makers are in the Boston region and produce the finest professional hand-made flutes you can find. I have a number of Powell flutes in silver, white gold, Arumite and platinum as well as a traditional black wooden flute with silver keys. I have two of Kanichi Nagahara’s flutes and a couple of his hand-made headjoints. I keep a few Sankyos which I play from time to time, especially the .997 (pure) silver model CF-901. I also own a nice pair of examples of the slightly lower-pitched Flute D’Amour – the viola to the violin in flutey terms. One made by Altus in Bb and one by Sankyo in A.

I have a Piccolo by Phillip Hammig and some bamboo flutes by US maker Patrick Olwell. I also play, from time to time, an interesting composite material Guo Grenaditte flute from Taiwan. It has a gentle wood-like quality of sound and is incredibly light to hold. Their New Voice range of coloured flutes are worth considering for smaller children who might it it fatiguing to hold a traditional metal flute.

The B-foot has beome more fashionable over the years and is considered, quite wrongly, more “professional”. It is really only useful for the relatively very few classical pieces which require the note of low B. So don’t be put off by a good instrument with C foot unless you are really sure that you need that low B. The extra weight and clanking machinery are worth it only if the low B features in in your repertoire. Ideally, you might have a flute with both C and B foot joints. But then you have to carry around an extra little hard case for the other foot when you need it.

When I have decided to sell any of my flutes (all purchased either directly from the maker or, more usually, from All Flutes Plus in London), they have been offered for sale by Nigel James at All Flutes Plus in Warren Street quite close to the tube station. It might be worth your calling Nigel (brother of Trevor) to see if any of my flutes are on sale there. They will cost no more than the price of a similar used flute regardless of the provenance. No premium attached as a result of my having dribbled in my beard and my flute.

But, if you are looking to try to make a quick buck on eBay by re-selling “Ian Anderson’s flute”, then forget it. You will possibly have the pleasure of knowing it was once mine and that I may well have played it on some prominent Tull album or on various tours throughout the world. But I can’t give you written authentication document as I really would rather that these intruments go to a serious aspiring flautist at the regular market price – not to a memoribilia collector who would never play it. Always happy to authenticate it personally by phone however. Serial numbers are everything!  Enjoy my old flute if you find one. I certainly did. May it bring you all the luck and pleasure it gave me and try not to drop it…..

Well – there you have it! The brief history of my flutey companions throughout the years. Even the worst of them holds a special place in my heart and the superb instruments which I play today on tour and on record are still not the most expensive flutes in town. Upper mid-price for the most part but of professional quality and carefully kept in like-new condition. Regularly serviced and cosseted, I clean and polish my flutes after every use – something that I never did in the 70s! No longer are they the biological hazard they were back then. Now I even practise an hour or two every day. Something Sir James Galway told me was always necessary, especially as you get older. Spot on Jimmy!

Huff, puff and bluff. Story of my life.