2018 marks 50 years since progressive folk-rock band Jethro Tull jumped onto the British music scene. To kick off this exciting anniversary year, we present you with the 40th anniversary ‘New Shoes Edition’ of Heavy Horses, a 3CD/ 2DVD boxset released by Parlophone Records. This edition will feature the original album, plus additional studio recordings, live material and an extensive new booklet.

Released between Songs From The Wood (1977) and Stormwatch (1979), Heavy Horses was the second of a trilogy of folk rock albums from Jethro Tull. Lead singer and flautist Ian Anderson explained its particular focus on horses and agricultural life saying, “As a child, my big passion was to get off the leash and explore the local wooded and leafy suburbs. So it didn’t suddenly become new in 1977, it was just that the subject matter fitted what I wanted to write about at the time.”

Upon release, Heavy Horses was a top 20 album on both sides of the Atlantic. Commercial success was met equally with critical praise for its melodies, instrumentation and Anderson’s signature flute playing. More recently, critics have described the album as “daring, experimental, literate, and often thrilling”, and a “testament to the men who made it”.

This anniversary edition features the original album with nine additional bonus tracks, seven of which are previously unreleased. The ‘New Shoes Edition’ also contains a live concert from May 1978, and two DVDs which feature the original, bonus and live tracks all mixed to surround sound by Steven Wilson and Jakko Jakszyk. A 96-page booklet covers a history of the album and corresponding tour, complete lyrics, rare photos and exclusive interviews. 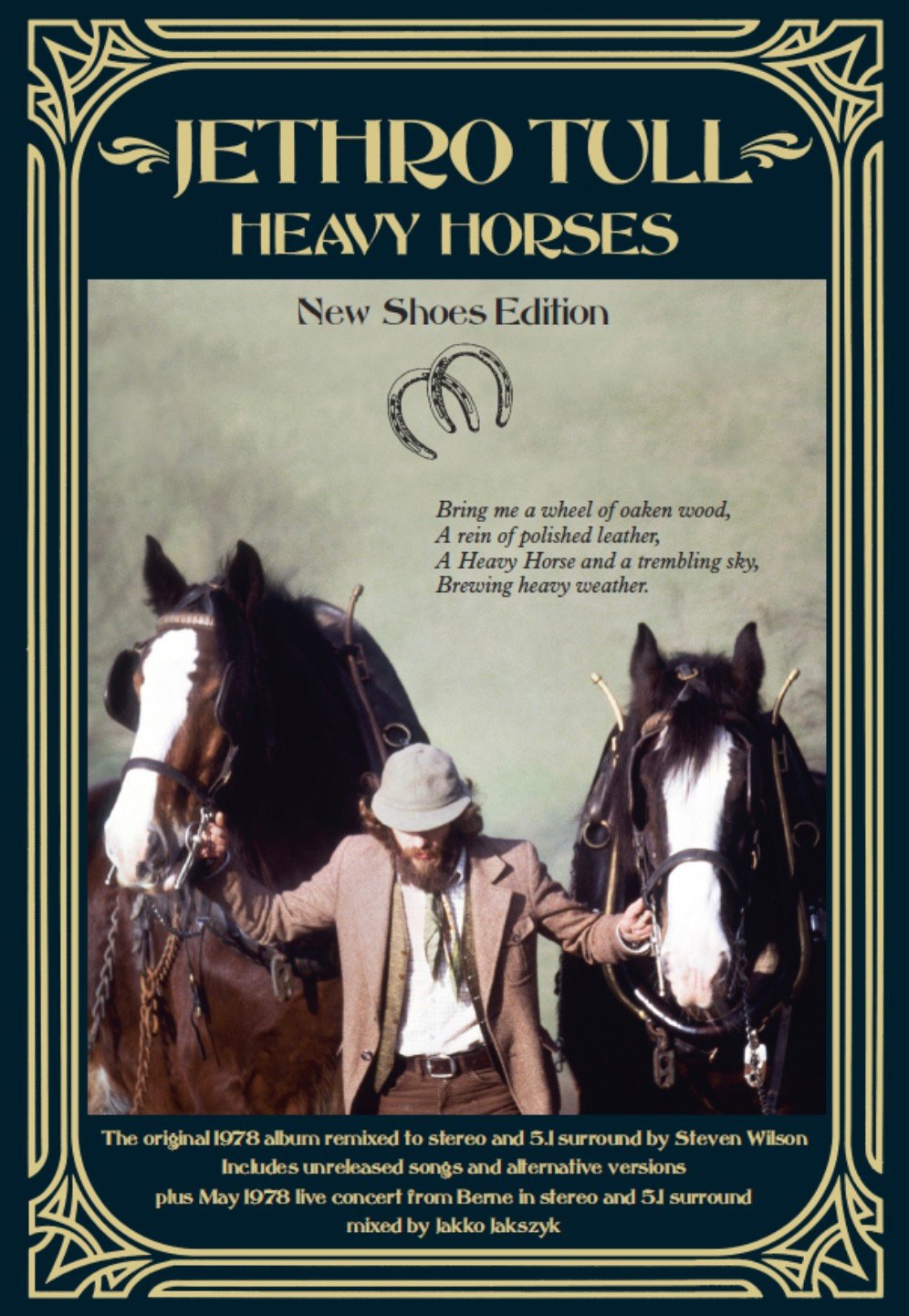