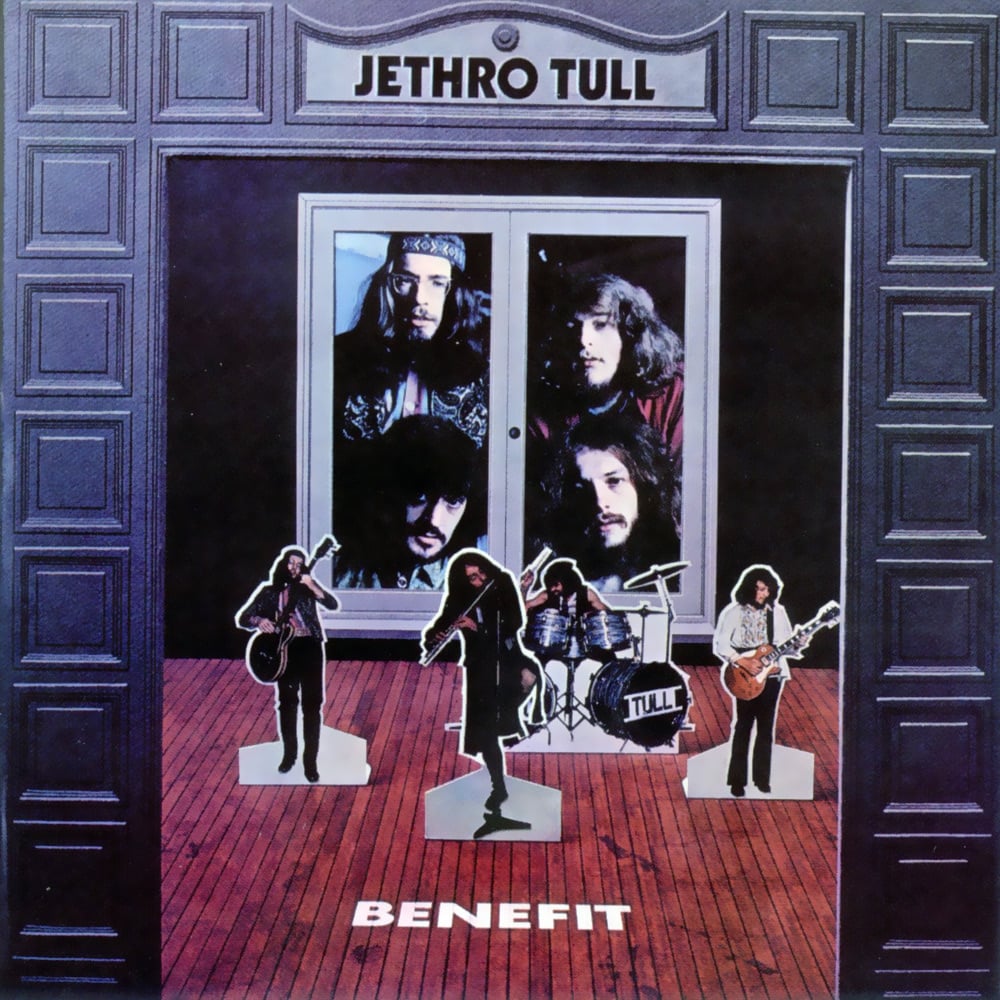 More hard-rocking and transcended from blues influences than its predecessor Stand Up, Benefit also incorporated more advanced studio techniques, such as backward-recorded flute (on “With You There To Help Me”) and piano, and sped-up guitar (on “Play In Time”).

A 2cd/1dvd ‘Collector’s Edition’ of Benefit (1970), one of Jethro Tull’s finest and most lyrically personal albums.

Includes:
CD1: Stereo CD of the album plus bonus tracks mixed by Steven Wilson (with Ian Anderson’s approval).
CD2: Mono and stereo CD of rare versions of tracks, plus singles from the era.
DVD: Audio only, including Surround sound mix of Benefit, 96/24 tracks of Stereo in UK and US running orders (which were different), plus rare tracks as 96/24.

The package includes a booklet containing an 8000 word essay written by Martin Webb, interviews with band members, and rare photographs. 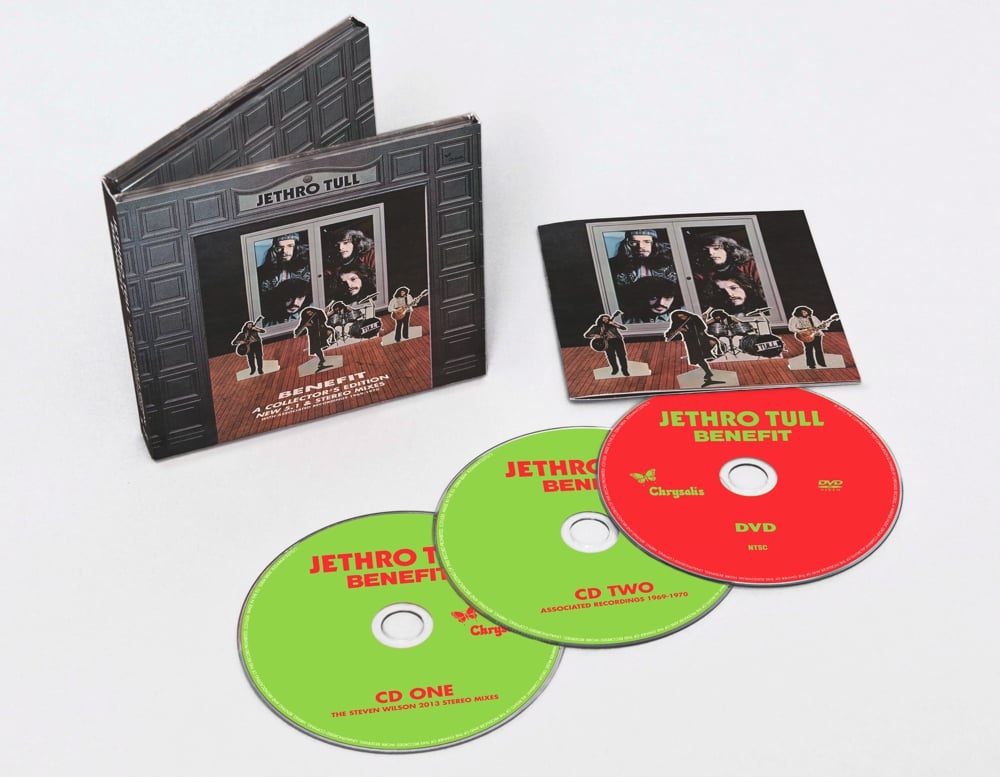 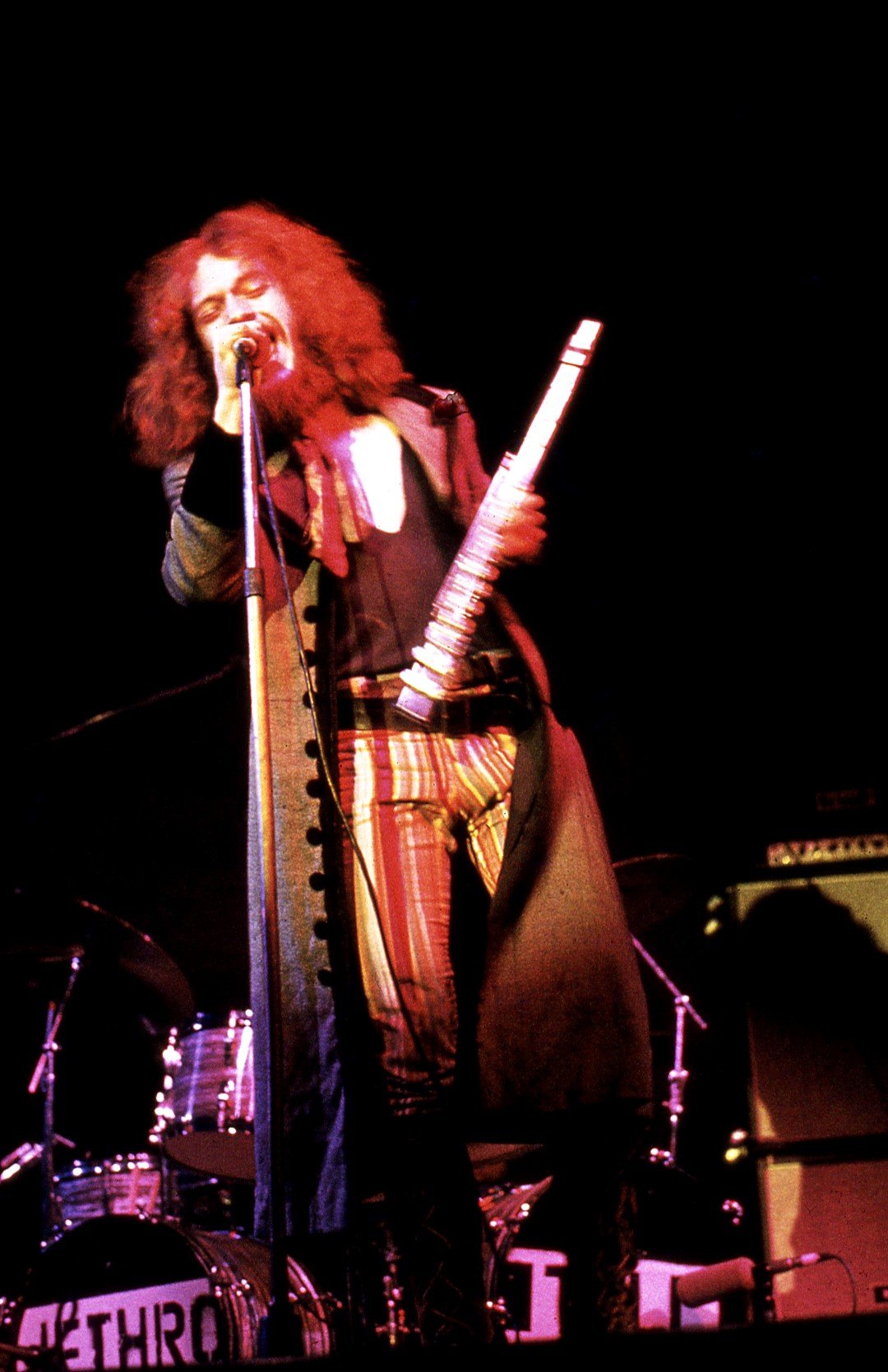 Group leader Ian Anderson begin experimenting with production techniques, including the famed “backwards-played” flute on “With You There to Help Me” which would become a concert joke as Ian turned his back to the audience to play the opening notes. This track, and others, reflect Ian’s budding romance with a Chrysalis secretary who would become Ian’s first wife. The experimentation, however, gives the album a very late 60’s/early 70’s feel which may sound dated and unapproachable to the modern rock ear. Yet, many Tull fans consider it among the band’s greatest works. Elsewhere, “Son” continues Ian’s parental relations theme from “Stand Up.”

Mostly recorded in December 1969 and January 1970, “Benefit” was the band’s first album to feature keyboards – played by the band’s old school chum John Evan. Evan completed the third Tull line-up when he joined Anderson, Barre, Bunker, and Cornick. John Evan joined on a temporary basis for an eight month tour and stayed for over 10 years! John’s classical training and stage presence would be central to Tull’s 1970’s personna.