“Aqualung,” to many, is Tull’s masterpiece. The title track and “Locomotive Breath,” with their catchy riffs, would be joined by “My God,” “Cross-Eyed Mary,” and “Hymn 43” as classic rock staples. There’s no arguing with its commercial success, having sold more than seven million copies and continuing to outsell anything in the back catalog. 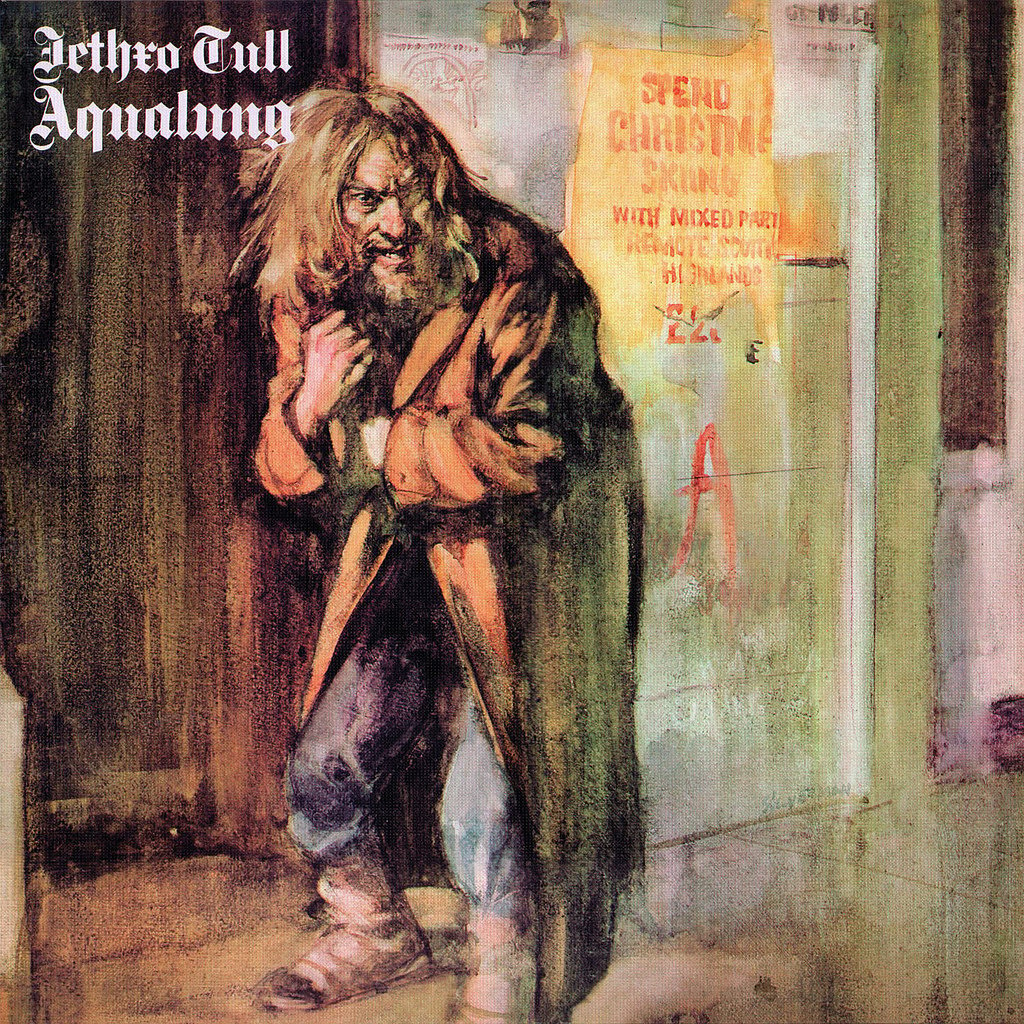 Yet, “Aqualung” is arguably Tull’s most misunderstood album. Critics dubbed it a concept album, particularly for Anderson’s critical, skeptical views of organized religion, mostly on side B (“My God”). Anderson has disputed, almost resented, the assessment seeing the record as “just a bunch of songs.” The labeling lead the band to really give the critics a concept album with the following studio release “Thick as a Brick.”

The 40th Anniversary edition of Aqualung available at a budget price in the 2CD/2DVD ‘book set’ format of the recent JT reissues.

The DVDs include SW 5.1 surround mixes, hi-res stereo mixes, the 1974 quad mix, and flat transfers of both Aqualung and the Life Is A Long Song EP (two of the EP’s tracks haven’t been available in this form previously). 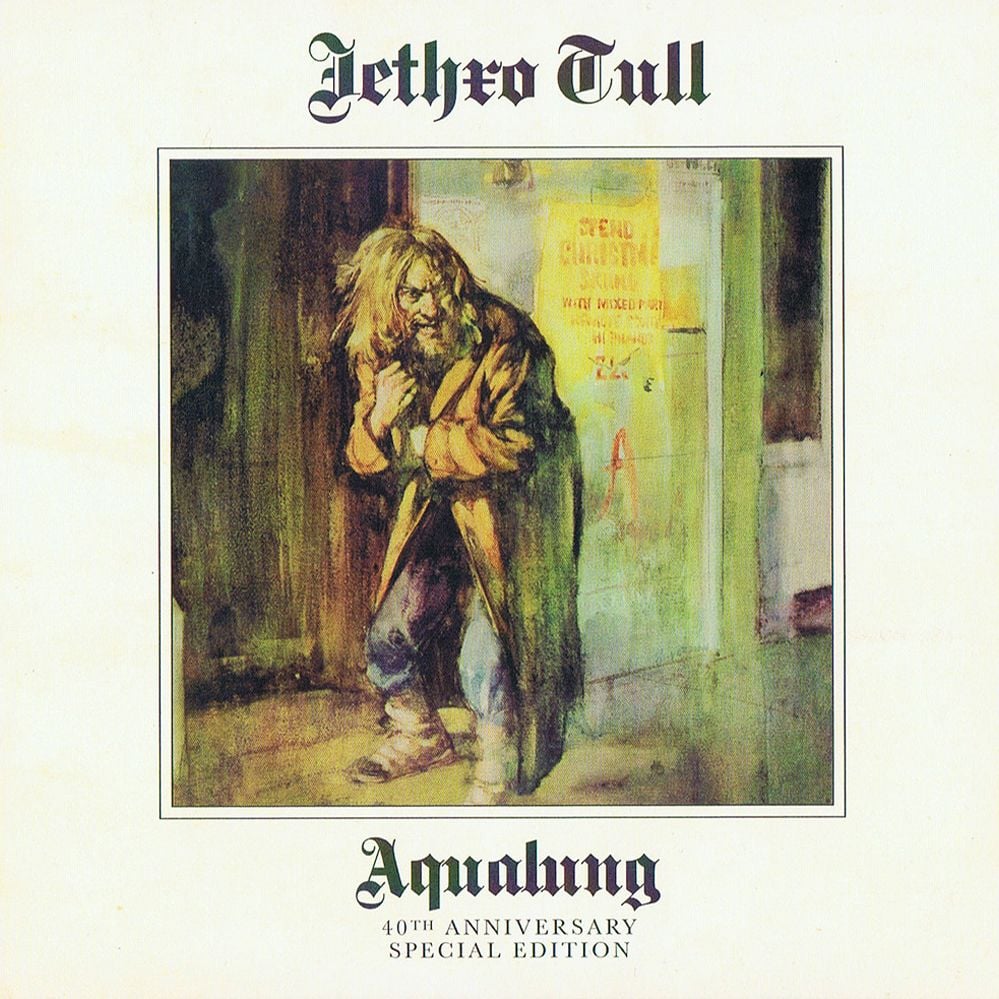 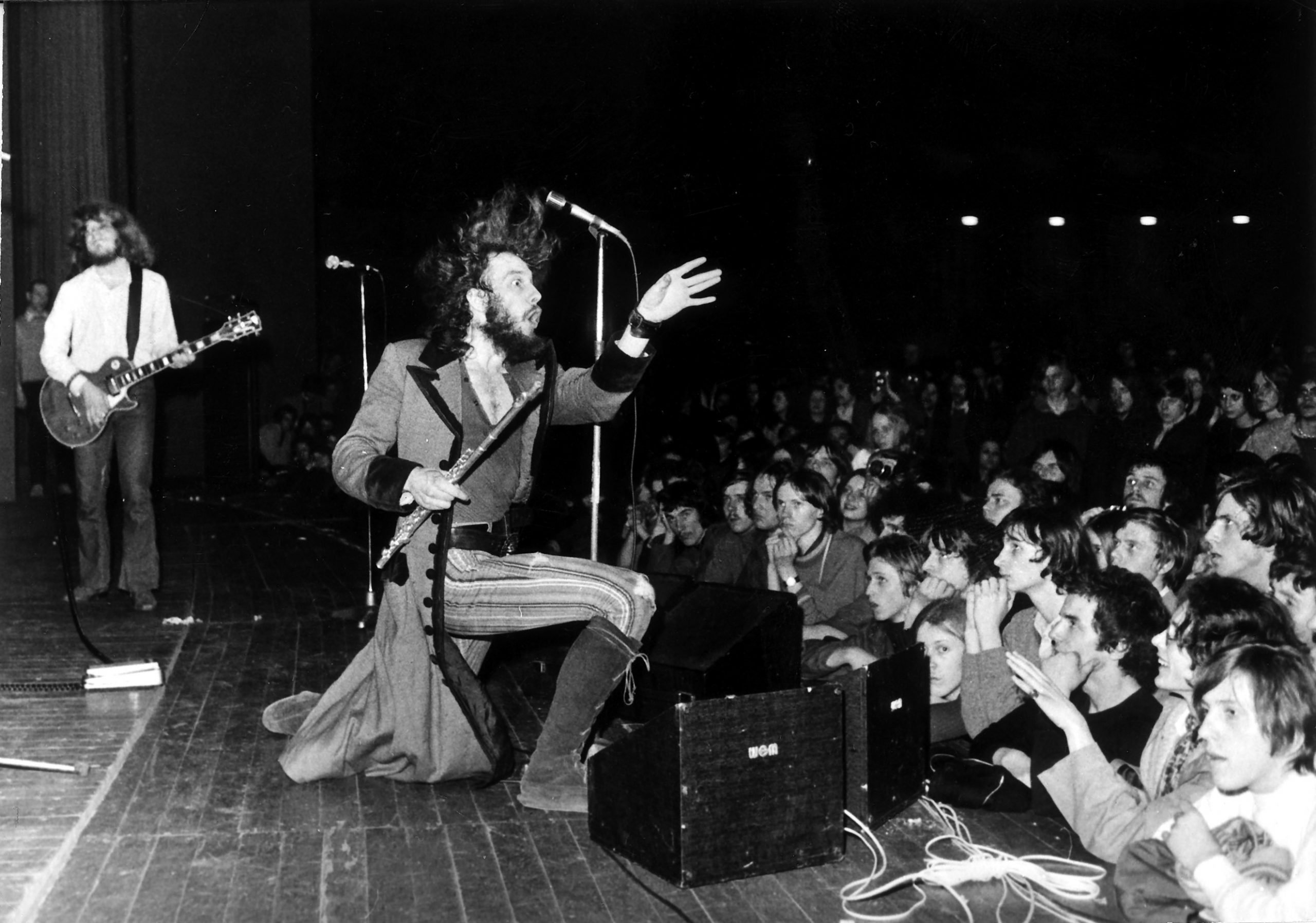 “Aqualung” has a dominant theme but is certainly more, much more, than a concept album hindging on a solitary subject. Anderson explores the struggles of the less fortunate in our society (e.g., “Aqualung,” “Cross-Eyed Mary,” “Up to Me”), teenage angst and formal education difficulties ( e.g., “Wind Up,” “Mother Goose”), and returns to his parental themes with “Cheap Day Return, a tune encompassing Anderson’s feelings while traveling to visit his sick father.

“Aqualung” also cemented the exaggerated image, especially to those only casually acquainted with the band, that Tull was a “heavy rock” group. Years later, a Grammy for best heavy metal album (viz., “Crest of a Knave”) would officially sanction the misconceived stereotype. Yet, “Aqualung” is where Anderson really begins to develop his personal style for acoustical guitar songs with “Cheap Day Return,” “Mother Goose,” and “Slipstream.”

“Aqualung” did establish one of the most notable features of Tull’s music: songs varying with intensity, mixing medium to heavy electrical sounds with lighter acoustical passages (e.g., “Aqualung,” and “My God”). Indeed, every album up to “Under Wraps” (1984) would have at least one such styled number.