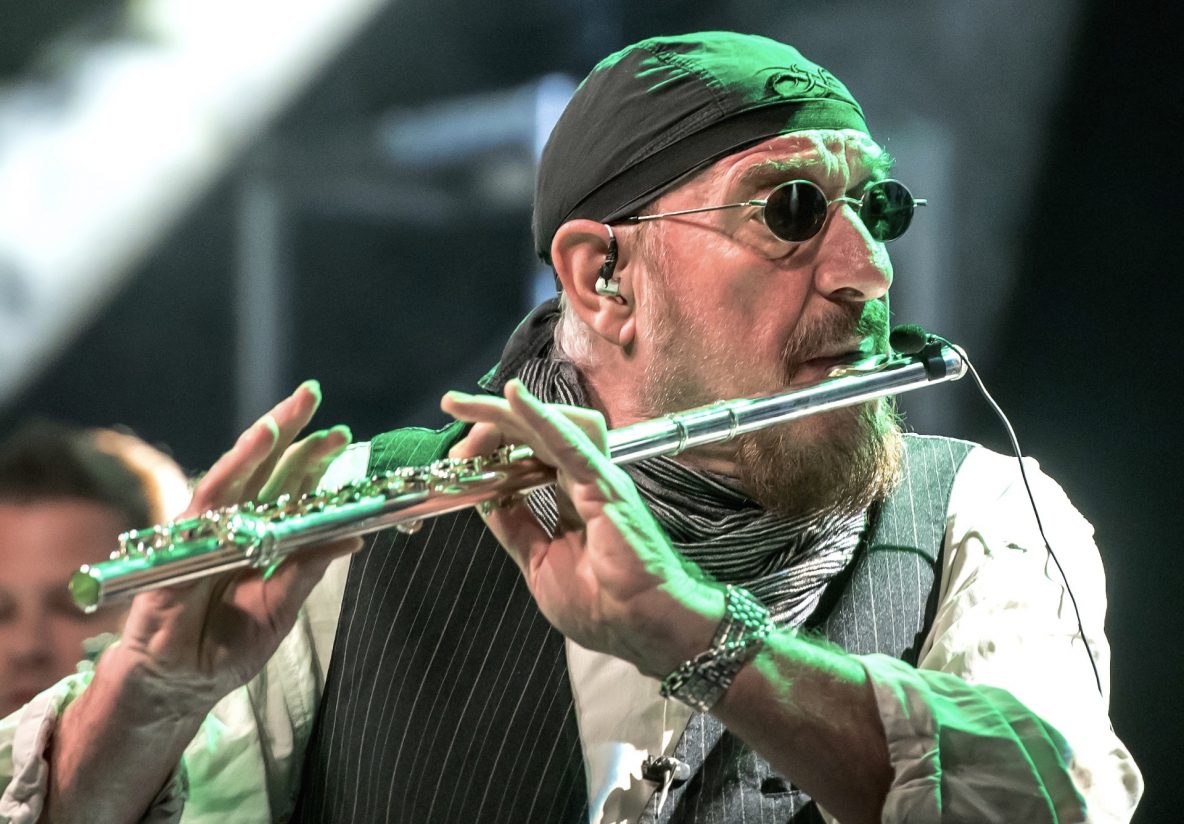 “This is a celebration of all the 33 band members who graced our ranks – musicians who brought their talents, skills and styles to bear on the performances live and in the studio” – Ian Anderson

It was on the 2nd of February 1968 at the world-famous Marquee Club in Wardour Street that Jethro Tull first performed under that name. The group would go on to become one of the most successful and enduring bands of their era, selling over 60 million albums worldwide and entering the cultural collective consciousness along the way.

To celebrate this golden anniversary, Ian Anderson will present 50 years of Jethro Tull in eight UK concerts during April 2018 as part of the worldwide touring schedule. Other tour dates to be announced soon.

The debut album, This Was, was released later that same year. Founder, frontman and flautist, Ian Anderson, is rightly credited with introducing the flute to rock as a front line instrument, not to mention the codpiece!

Jethro Tull are one of the biggest selling Progressive Rock artists of all time and their immense and diverse catalogue of work encompasses folk, blues, classical and heavy rock.

The anniversary concerts will feature a broad mix of material, some of it focussing on the earlier formative period through to the “heavy hitters” of the Tull catalogue from the albums This Was, Stand Up, Benefit, Aqualung, Thick As A Brick, Too Old To Rock And Roll: Too Young To Die, Songs From The Wood, Heavy Horses, Crest Of A Knave and even a touch of TAAB2 from 2012. 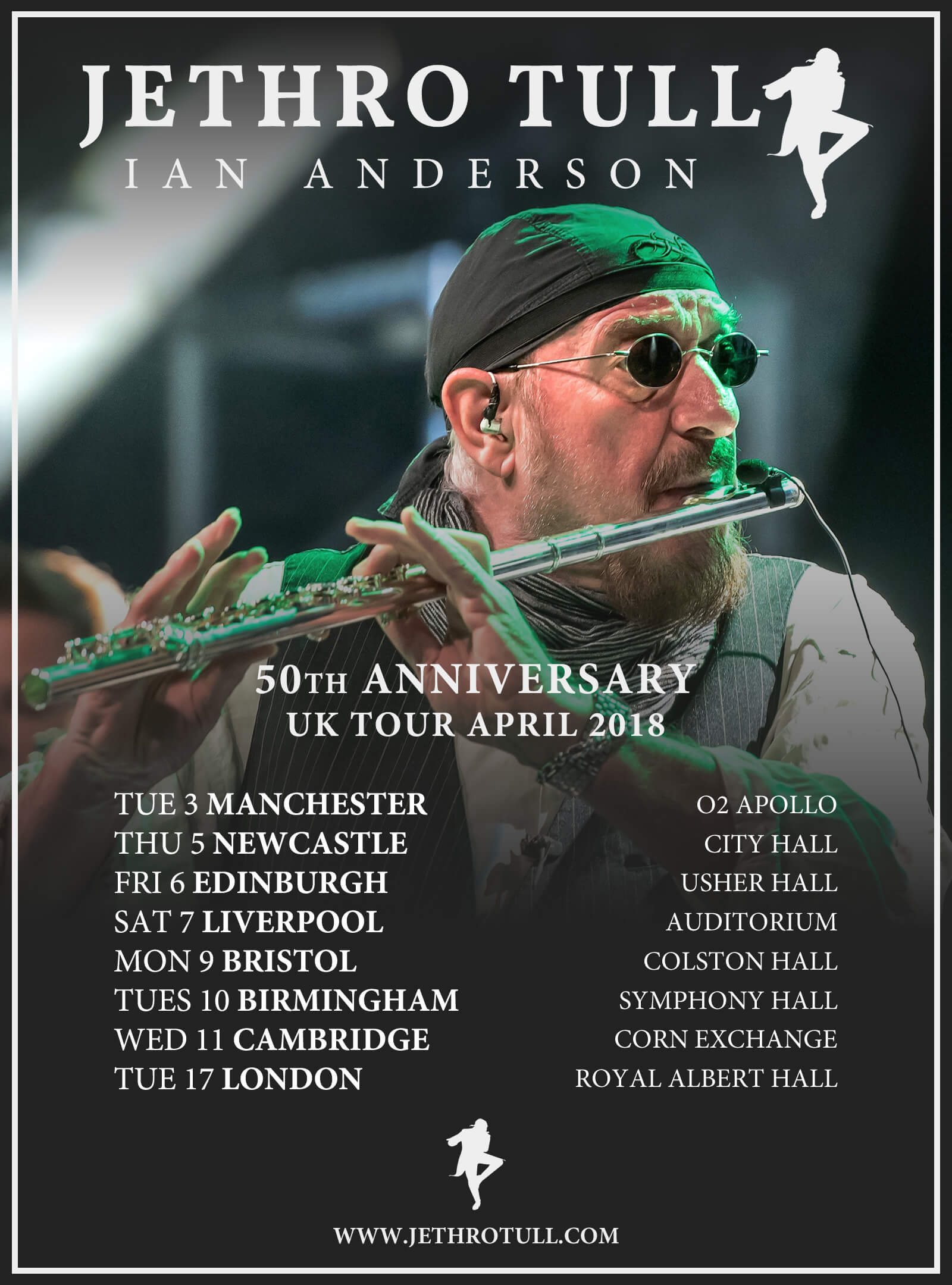 “I am not usually a birthday or anniversary kind of guy but, just for once, I won’t be a party-pooper either! I treasure the memories of the earlier years of Jethro Tull repertoire, associated as it is with the adventures of visiting so many countries for the first time to connect with new fans around the world. And this is a celebration of all the 33 band members who graced our ranks – musicians who brought their talents, skills and styles to bear on the performances live and in the studio. Join me and the current band for a nostalgic evening of varied music, representative of my ever-changing songwriting as our careers progressed through the years.”