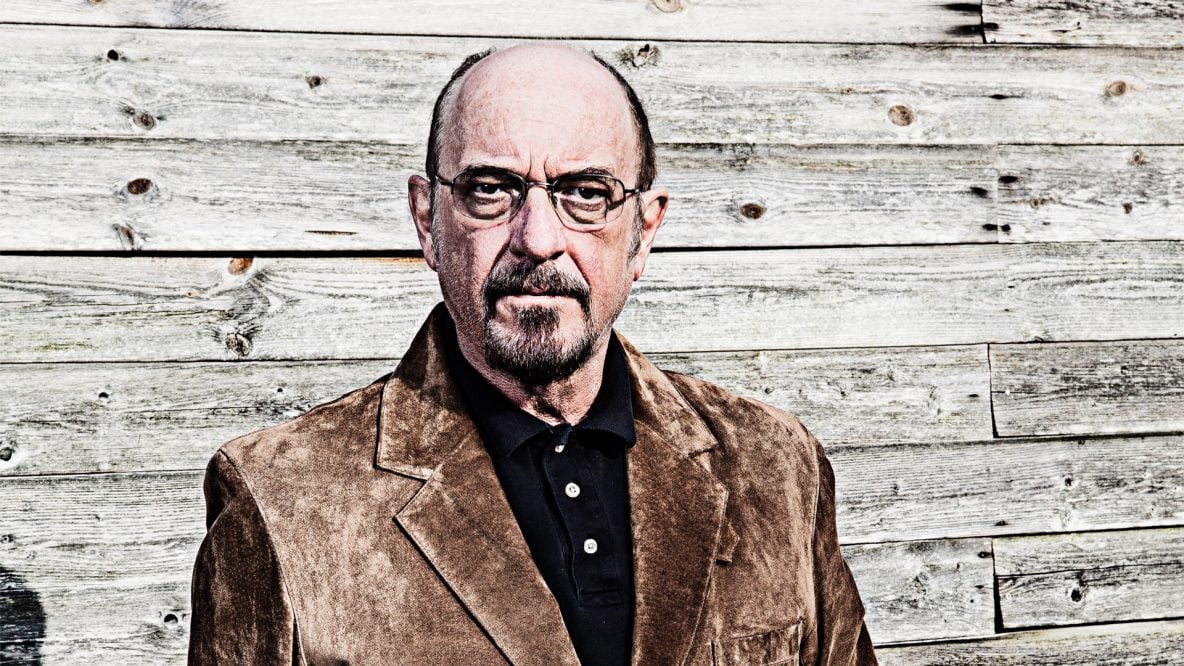 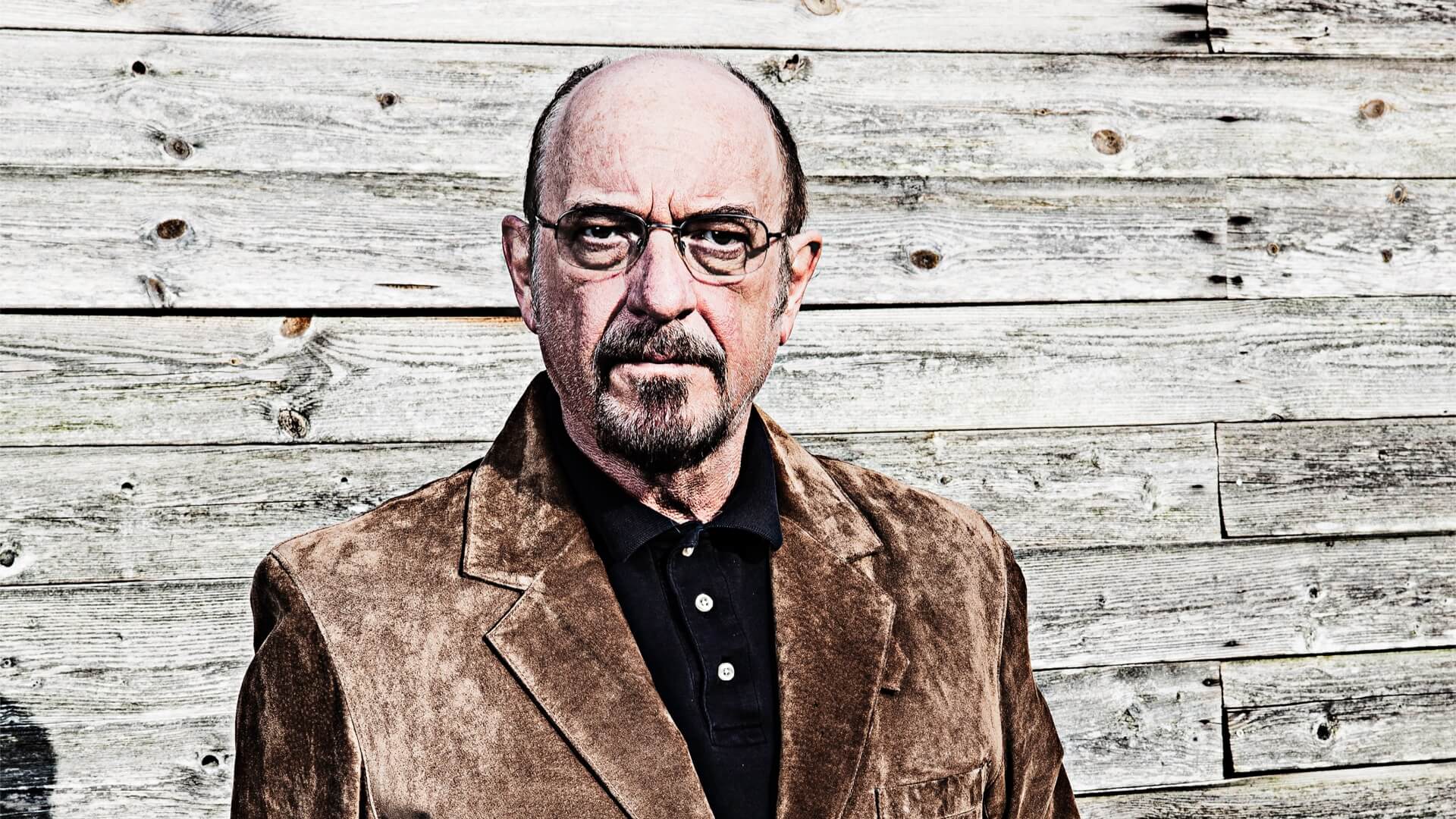 Hello and welcome to the Tull/IA website where some things change and some just go on forever. Well, nearly forever.

The repertoire of Jethro Tull has been a huge part of my life over the last forty-seven years so it is great fun to find a new way to present some of my best-known songs in a different and fitting context.

As a tribute to the original 18th Century agriculturalist whose name our agent “borrowed” back in February 1968, I have imagined a scenario where the pioneering pursuit of improved crop-growing and farming methodology might apply to the world of today and tomorrow. (Yawn, yawn but who else is going to feed the planet?)

When this notion first occurred to me last Summer, I had no inkling that, when I examined all of my song material – especially the lyrics, there would be so many perfect fits in regard to song subject and references.

The life story of the original Tull (in as much as we have recorded historical detail of it) has so many interesting and workable parallels. Wind Up, Heavy Horses, Aqualung, Back to the family, Farm On The Freeway and Songs From The Wood amongst others were natural inclusions. A few others were bent into shape with a slight re-write of lyrics and five new songs round off the intended setlist.

Some of the material will be accompanied by brief performance inserts of our “virtual guests” on the big HD video screen. Instead of spoken introductions to the songs in the show, there will be the use of that operatic device, the “recitative”, where the links are made by short sung vocal segments in a usually-simple musical backdrop, making it a little easier and more entertaining for non-English-speaking audiences.

Putting this material in a quasi-operatic setting might annoy some. The use of the term “rock opera” may annoy yet others. I rather hate it myself but can’t think of a universally-understood alternative. And, as we use some of the theatrical devices of opera, it can be defended. At a pinch! Forgive, forgive.

Tours for 2015 in the UK and USA are set in stone. Latin America, Russia are also in the intended schedule for the last four months of 2015 and many further dates are proposed in 2016.

And, of course, there will be a good few shows to come when different set lists can bring various other songs back from the repertoire in the venues and festivals where we can’t do the full video production.

A word or two (OK – make it 730) about band members: I am rather bemused by the fan gossip surrounding who might be, or should be, at my side in concert. All of the musicians in the current band have performed as members of Jethro Tull during the last decade. They are fine musicians, wonderful people and my closest friends. I have seen some of them naked and all of them in their scanty panties.

There have been, arguably, 26 members of Jethro Tull over the years; a big extended family of musicians. A family who are usually delighted to see each other again after a period of absence but sometimes with the proviso that after a warm and welcoming cup of tea, they won’t stay for lunch. You know how it is.

Of course, all Tull fans have their favourite line-up from a particular period. And, of course, Martin Barre features in most of them having been the stalwart Tull guitarist from 1969 to 2011. That he now fronts his own band and, as he says, enjoying the best musical time of his life, is a great and fitting place for him to be in his life right now. I wish my dear, twanging pal nothing less the than the best of fortune and happiness. For one, I had urged him to do more of his own band and solo work many years ago and so, even a little late in the game, he is making up for it now. Check out his website www.martinbarre.com for details of concerts and records.

Many other past band members went on to considerable success, sometimes even outside the musical world. Guitarist Mick and bassist Glenn from the first line-up formed their own bands and enjoyed periods of achievement (with a little help from Terry Ellis and Chris Wright of Chrysalis records…).

Others, like Jeffrey Hammond and John Evan left Tull to follow completely new paths in life. Some, like Barrie Barlow and Peter Vettese became record producers and studio owners.

Sadly, there have been some losses along the way. Glenn Cornick, John Glascock and Mark Craney passed following longstanding illness. A few plucky survivors have endured health ordeals and are still alive and reasonably well but no longer able to play today.

In some ways, it is like wishing for your favourite England football team of the last forty years to reconvene for the 2018 World Cup. David Beckham, Gazza, Gary Lineker et al. Good fun to fantasize but let’s have in the Tull line-up Robert Plant on vocals and Ian Paice on drums while we are at it.

Being told by well-meaning friends that your girlfriend of forty-five years ago is the true love that you should have married for life, does not sit well with anyone. Or, if you split with a loved one, that somehow you owe it to the world to get back together when the relationship is no longer fulfilling to both parties, for whatever reason.

I treasure my musical relationships with all of the Tull musical family. I would have been nowhere without them. Each one of them has brought great joy and musical success to me in their different and unique ways. But forgive us if we don’t actually want to wake up in bed next to each other in the present day. I am sure they will feel the same, especially after a veggie curry the night before.

Jethro Tull (the music band) goes on. In both the legacy of recorded repertoire and in live performance today. Happily, I remain reasonably fit and very committed to enjoying a few more years of recording and performing in concert.

But forgive me if I would like you to remember my name before I go. That is why – and call it vanity, if you will – I use my own real name in concert billing these days. That I should play my music under whatever name I choose is the same right that I would afford to you. Or Yusuf Islam (Cat Stevens). Farrokh Bulsara, (Freddie Mercury), Don Van Vliet (Captain Beefheart) etc.

Mr Gordon Sting can be himself. So can Roger Waters and Peter Gabriel. Like Peter, at any rate, I still love and get on with my past band-mates. I have played on stage or on record with many of them over the years and hope that I continue to do so as opportunities arise.

For now, I still have my repertoire. Forty-seven years of making music as writer, performer and record producer with some 300-odd songs to show for it. Some of them are actually not too bad, I still think, after all these years. A few stinkers but we all miss some easy goals (back to the football analogy).

Hope to see you along the way in the months to come. If not, then I think as fondly of you as I hope you do of me.

Goodness me! It’s almost noon. And one of my former band members (name withheld) is coming for Sunday lunch today. No, really: it’s true! Time to chill the red wine and put the powdered gravy in the microwave.