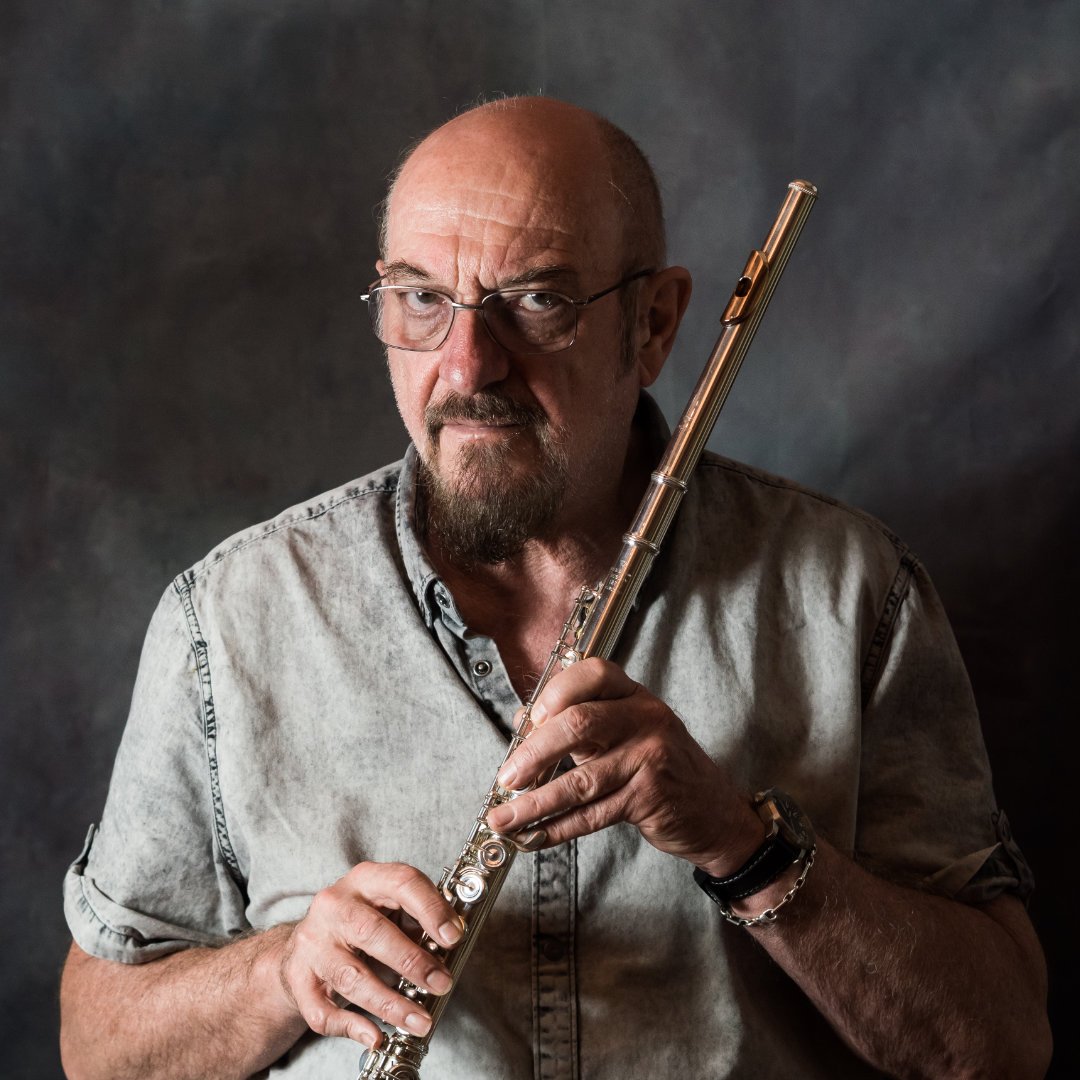 Ian Anderson, known throughout the world of rock music as the flute and voice behind the legendary Jethro Tull, celebrates his 53rd year as a recording and performing musician in 2021.

Ian was born in 1947 in Dunfermline, Fife, Scotland. After attending primary school in Edinburgh, his family relocated to Blackpool in the north of England in 1959. Following a traditional Grammar school education, he moved on to Art college to study fine art before deciding on an attempt at a musical career.

Tull formed in 1968 out of the amalgamation of the John Evan Band and McGregor’s Engine, two blues-based local UK groups.
After a lengthy career, Jethro Tull has released 30 studio and live albums, selling more than 60 million copies since the band first performed at London’s famous Marquee Club in February 1968.

After undertaking more than 3000 concerts in 40 countries throughout five decades, Tull has played typically 100-plus concerts each year to longstanding, as well as new fans worldwide. He continues to celebrate 50 years of Jethro Tull with various dates in the USA and elsewhere in the world.

Widely recognized as the man who introduced the flute to rock music, Ian Anderson remains the crowned exponent of the popular and rock genres of flute playing. So far, no pretender to the throne has stepped forward. Ian also plays ethnic flutes and whistles together with acoustic guitar and the mandolin family of instruments, providing the acoustic textures which has been an integral part of most of the Tull repertoire.

Anderson has so far recorded seven diverse solo albums in his career: 1983’s “Walk Into Light”, the flute instrumental “Divinities” album for EMI’s Classical Music Division in 1995 which reached number one in the relevant Billboard chart, the acoustic collections of songs, “The Secret Language of Birds”, and “Rupi’s Dance”. In a more progressive rock context he recorded “Thick As A Brick 2” in 2012 and “Homo Erraticus” in 2014. Released in 2017, the classically inspired album “Jethro Tull – The String Quartets” with the Carducci Quartet reached number one in the Billboard Classical Charts.

In recent years, he has toured more and more under his own name in solo concerts with orchestras, string quartets, featured soloists and in his other eclectic acoustic shows. Concerts scheduled for 2019/20 will also feature some new work as well as the reprise of some surprise earlier Jethro Tull repertoire, unplayed for many years.

Anderson lives on a farm in the southwest of England where he has a recording studio and office. He has been married for 42 years to Shona who is also an active director of their music and other companies. They have two children – James and Gael – and two grandchildren. Gael is married to actor Andrew Lincoln, currently shooting more episodes of the award-winning zombie thriller, The Walking Dead playing now on a television near you.

His hobbies include the growing of many varieties of hot chile peppers, the study and conservation of the 26 species of small wildcats of the world and the appreciation of mechanical watches, fountain pens and vintage cameras. He reluctantly admits to owning digital cameras and scanners for his work on the photographic promotional images related to Tull as well as his solo career.

Ian owns no fast car, never having taken a driving test, and has a wardrobe of singularly uninspiring and drab leisurewear. He still keeps a couple of off-road competition motorcycles, a few sporting guns and a saxophone which he promises never to play again.

He declares a lifelong commitment to music as a profession, being far too young to hang up his hat or his flute, although the tights and codpiece have long since been consigned to some forgotten bottom drawer.

He declares a lifelong commitment to music as a profession, being far too young to hang up his hat or his flute, although the tights and codpiece have long since been consigned to some forgotten bottom drawer.